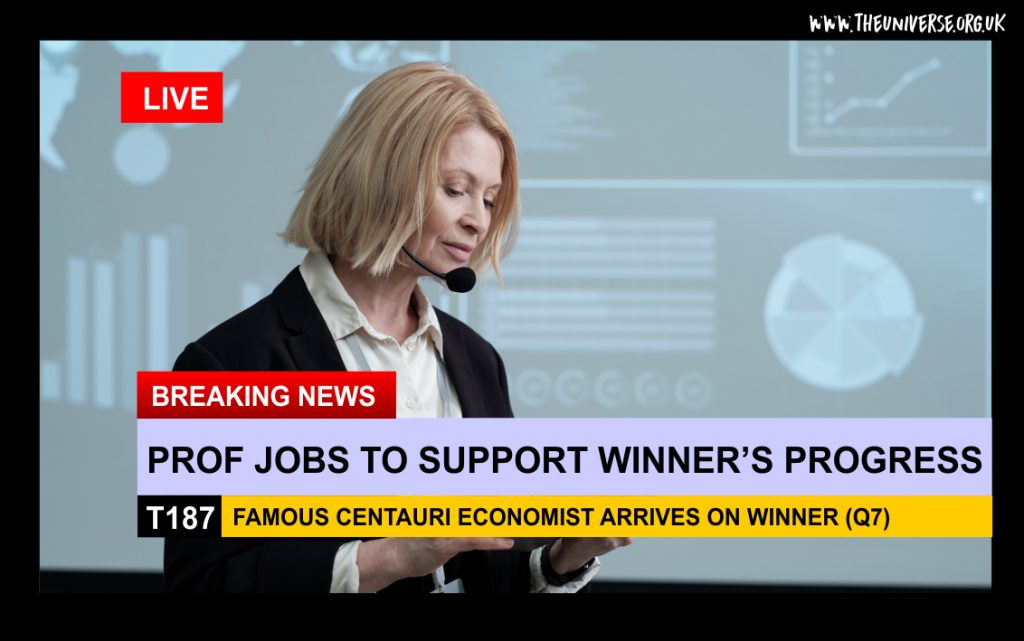 Renowned Centauri economist Professor Stephanie Jobs arrived on Winner and is planning a lecture tour.  Whilst there, the professor will consult with the local colonial government on their economic development plans. 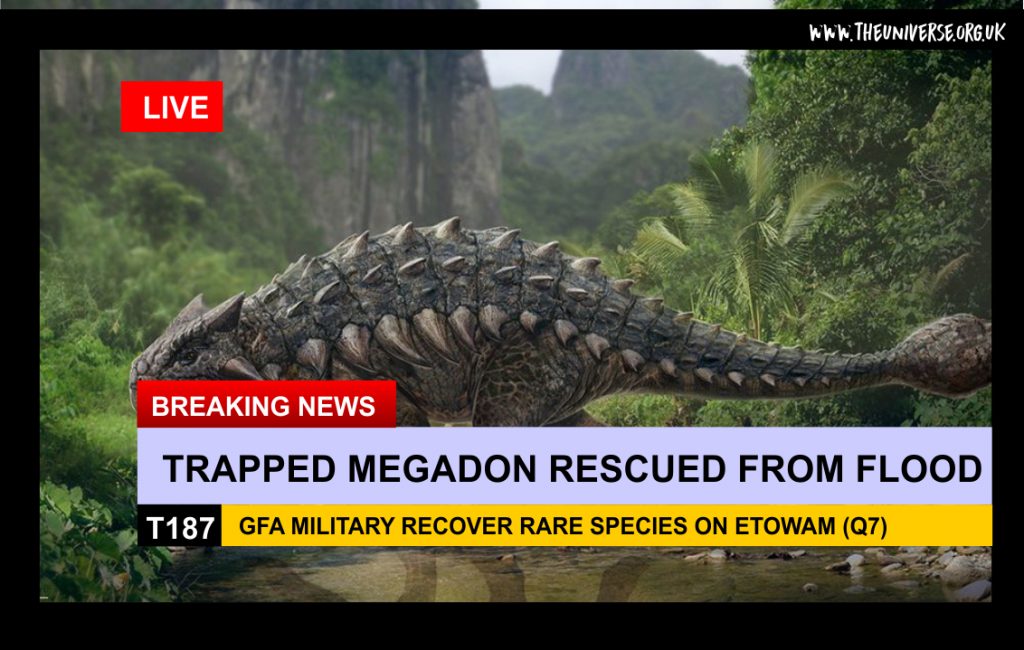 Following flash floods on the remote island of Mantasia on Etowam (Q7), the few remaining individuals of the rare species of local megadon, Philto Megadonius, were trapped by rising floodwater.  The GFA military successfully recovered the trapped megadon using heavy lift shuttles. Readers will remember  this species is known locally as the Happy Pet Don, because of its fearless friendliness to humans  Many colonists adopted these as pets until a local variant of the animal version of dino flu killed most of them off in the infamous Happy Pet Apocalypse of 3221. 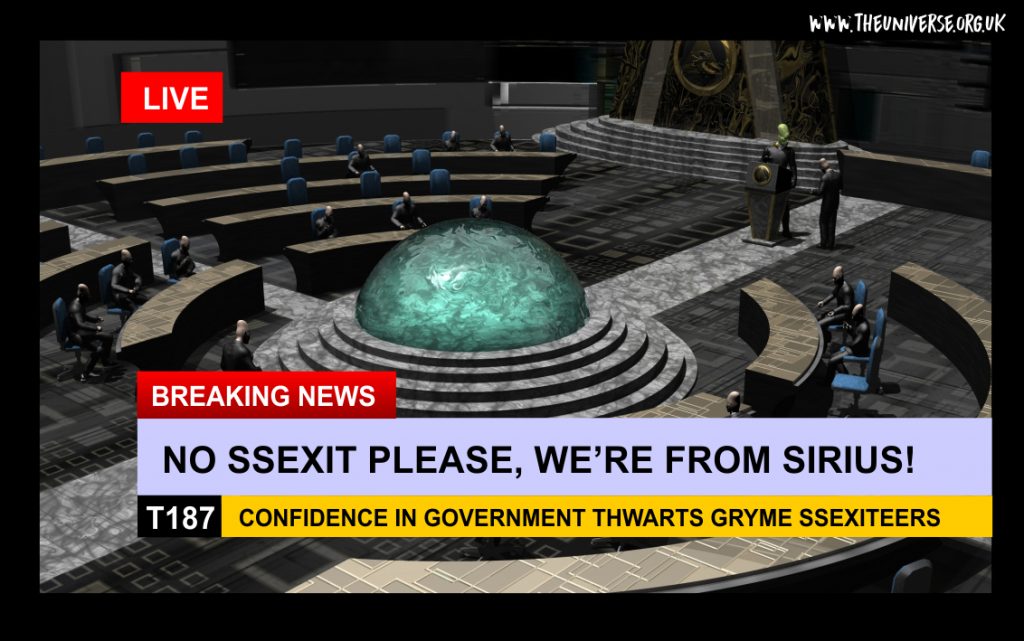 The planetary council on Gryme has survived a no-confidence vote by a large margin.  Many Council Representatives who had previously indicated they might support the no-confidence proposal, did not, in the event, vote that way.  Harriet Floatre, one of the leading potential ‘no’ voters in the council said “Well we have our differences with the ruling party, but this was getting out of hand – especially with talk of SSexit and all that.  I mean the Republic has done a good job for us on the whole, and it would be a monumental act of self harm to leave now”.  A spokesperson for the Secession Party (who currently only has one seat on the Council) said “I blame the Earthers!  I think we’ve sent a message to the authorities that we will not be messed with and although there will be no referendum, one day we’ll be back.”  The leader of the Secession Party, Kevin Farrago has resigned to spend more time with his family. 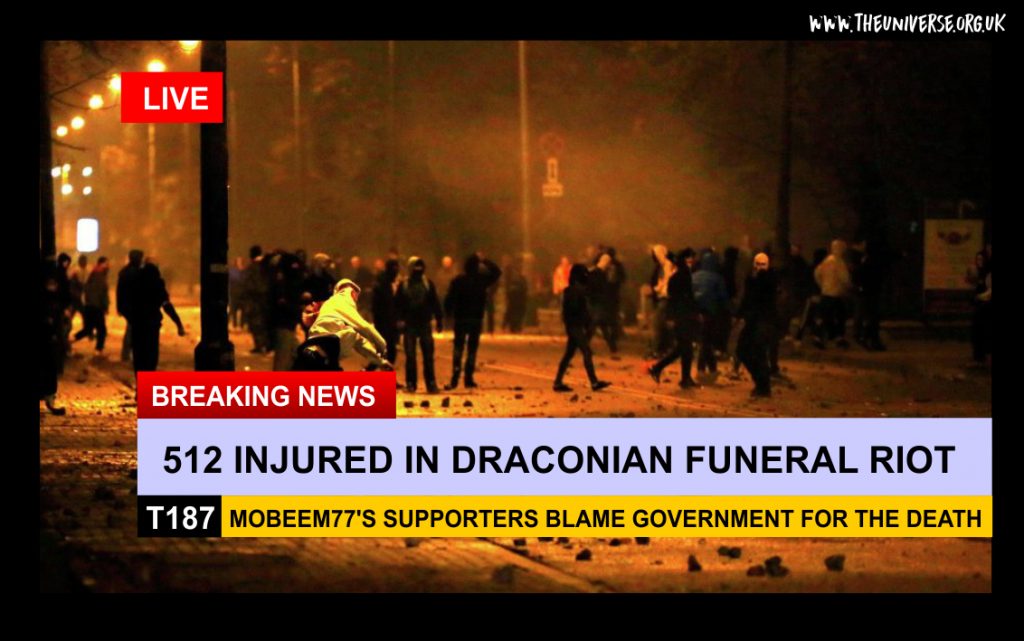 Over half a million supporters of the cleric Mobeen77 gathered in City One for the funeral of the controversial pro-transhuman activist.  The rumours that Mobeen77 was murdered by the Government are rife, and his following has grown exponentially as a result of his so-called ‘martyrdom’ at the hand of ‘organics’ as his supporters refer to un-modified humanity.  The event quickly turned to violence as the authorities sought to marshall the unprecedented crowd, Riots broke out and lasted for three days before being brought under control by the deployment of the planetary militia.  Many government buildings were badly damaged and 32 members of the police and militia were badly injured.  Over 4000 arrests were made.  Several city blocks were desroyed by fire and an installation belonging to LexCorp (an Earther corporation) was burned to the ground by the rioters.  Looting was widespread and the cost of the damage is estimated to run into hundreds of thousands of credits. 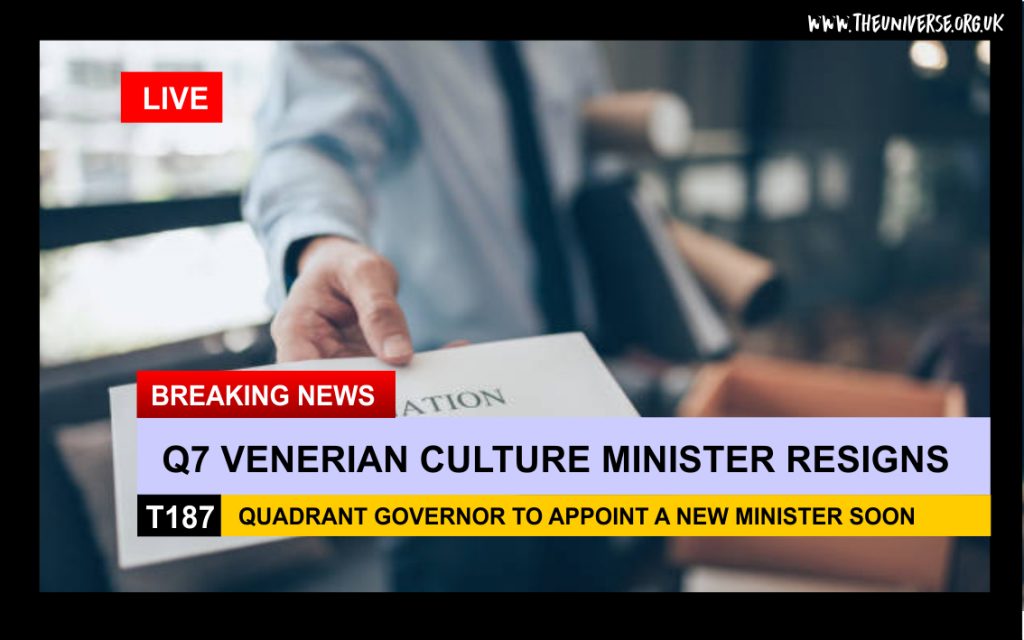 Minister for Culture, Basho Kaminskiye, has resigned under something of a cloud.  There has been no official comment, but Kaminskiye has been famously gaffe-prone over his six years in the job.  Particularly embarrassing was his reference to the New Republic Cultural attache as a ‘jolly little cy*b*rg’ at a public reception at the embassy in 3224.  The Governor’s appointments committee is considering Kaminskiye’s replacement. 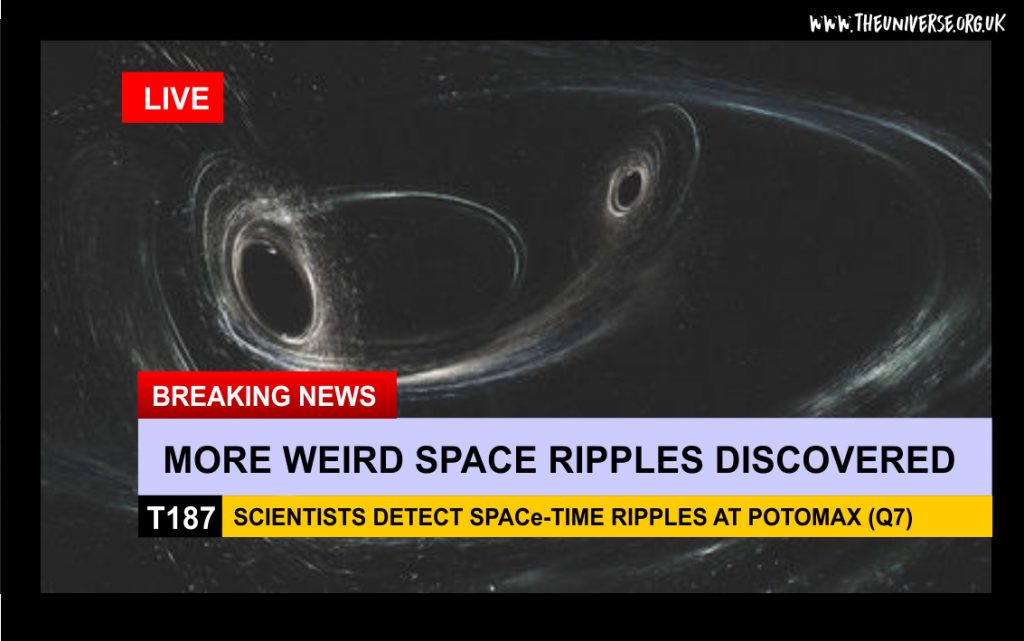 “There seem to be more and more of these identified all the time” said Professor Brandy Cunninham from the University of Potomax “I wouldn’t be at all surprised if we found them everywhere over the next few years.” 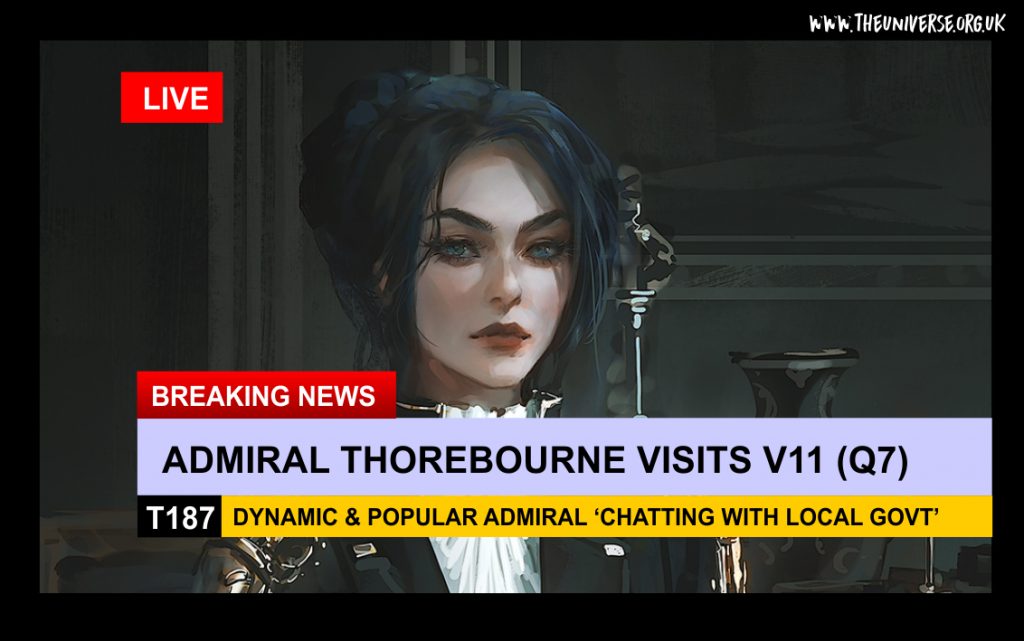 Continuing her unprecedented tour of Wolfer space in Quadrant 7, Admiral ‘Hard Stare’ Thorebourne has arrived on V11. The timing of the Admiral’s visit is said to be coincidental to the announcement by the local planetary council of draconian new anti-alien laws.  Whilst the Admiral is often reticent about political matters, those who know her have described her as “Honourable and straight-talking, with a strong sense of decency and fair play”.   Some observers have remarked this makes the good Admiral a bit of an outlier within the Wolfer leadership of recent years.  Constitutionally, the Admiral (or indeed the Quadrant Wolfer Government) cannot directly intervene in the local legislative process, however, since the current temporary quadrant Governor seems to be adopting a low profile – Thorebourne seems to be ensuring that the Quadrant Government is making itself clearly visible, both internally and externally. 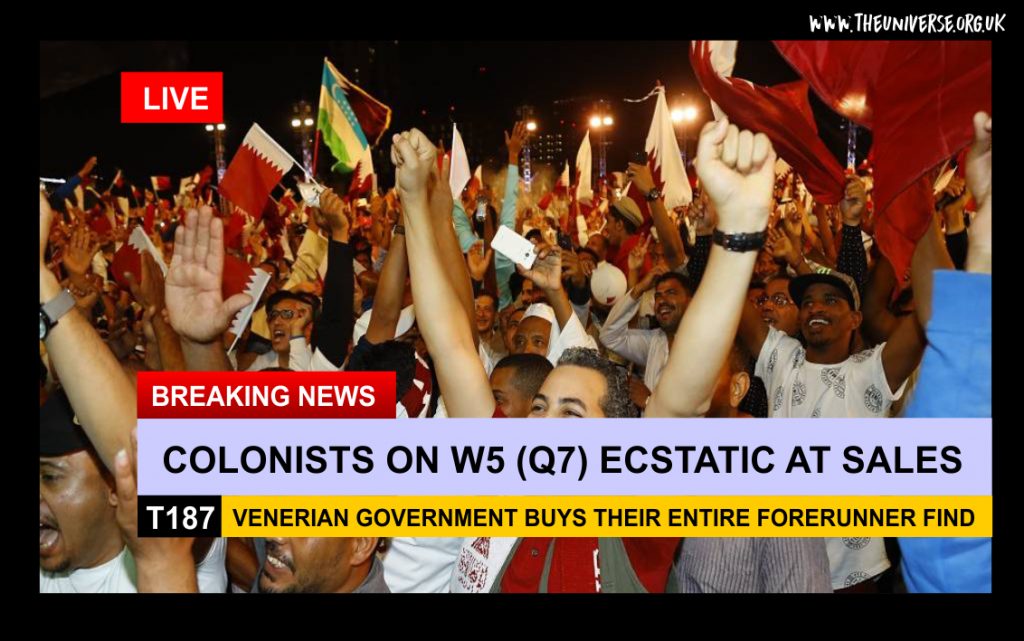 The Venerian Republic has paid a considerable (but undisclosed) sum to the We’re Here Now Colony on W5 (Q7) for their entire cache of valuable forerunner artifacts.  The arrival of the Venerian destroyer VSS Mentor coincided with the sudden departure of a number of un-named merchant vessels that had been converging on the colony.  A colony spokesperson said “This is a massive deal for us, it practically doubled our GNP overnight.  Ginnantonix all round!  Mine’s a double!”.  The Centauri Conglomrate reports that it has deployed Squadron Safeguard Beta to W5 “… in the order to support the colonists and provide ongoing economic security going forward. This protection will be free of charge and all legitimate trade with the system is welcomed.” 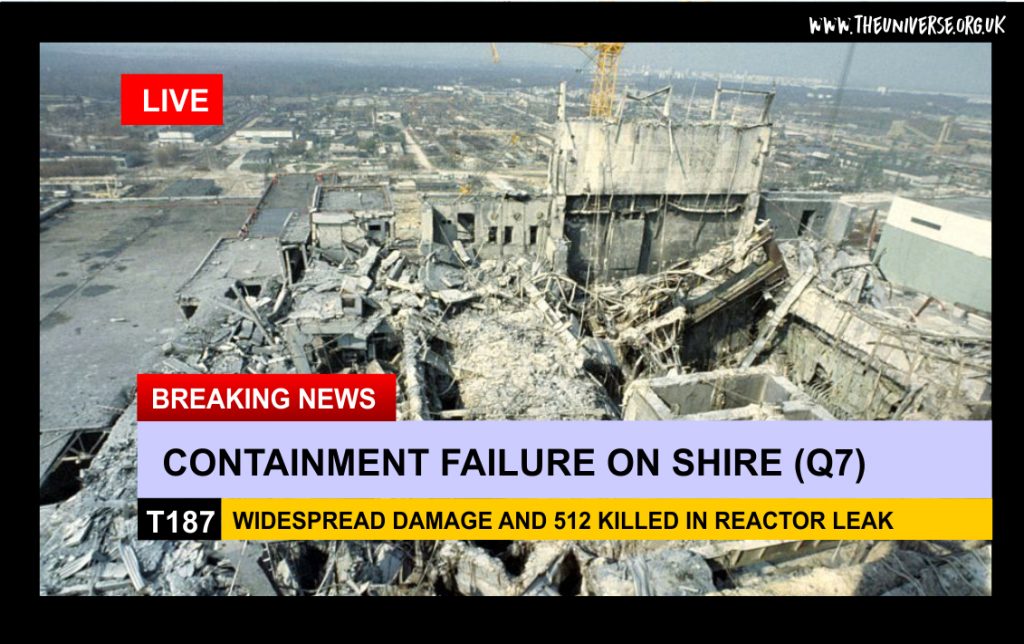 A site safety investigation is underway, following a catastrophic containment failure in the Big Reactor Plant 7 outside of Took City on Shire (Q7).  The colony will be seriously affected by the disaster, and as a result of the loss of life and the power shortages the colony’s economy has been impacted badly.