Analysis, by David Brin, PA to the President, of Venerian clothing standards as applicable to the Home systems. Supply difficulties and other minor problems may result in slightly different standards being applicable in the colonial systems.

All non-military citizens are issued with a two piece outer garment, very similar in cut to the one piece military jumpsuit. As we are an equal opportunity, non-discriminatory society all children, under the age of 12 have suits coloured yellow with matching sun hats to protect them from UV rays.

At the age of 12 they are issued with their first adult suit, coloured brown, with yellow collar to denote that they are still in the educational system, and a matching proletariat flat cap. They wear brown for the rest of their working lives with the small amendment that they have a mid blue collar if they work in a non-administrative function and a white collar if they work in an administration function (the exact derivation of this convention is unknown but believed to have originated from Earth). Citizens commonly employed to work out of doors are also supplied with a leather look ceremonial military style long coat and a water proof cover for their hat. As they progress up the ranks within their chosen profession they are issued with bigger hats to designate their status, if they get to the very top and become a CEO of a Corporation they are issued with a brown fedora, the pinnacle for any non-military citizens. When their working life has been designated as over they are given the honour of a white hat matching, in style, the last that they wore in their working life and it is a common sight on the Home worlds to see a venerable Venerian in a white flat cap.

A disturbing development is the, one might almost say rebellious if that statement were not regarded as traitorous, attitude of 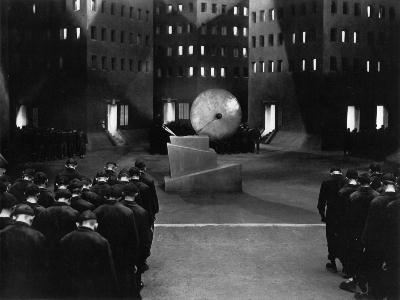 the younger non-working adults in some areas of our society. They have taken to the wearing of non-standard headgear, two examples of this are the wearing of Earther “French style” berets and close fitting hemispherical caps with a stiff neck flap (presumably to protect them form the effect of UV rays) with a lock of hair provocatively projecting from under the front brim. Also, on the ever so extremely rare occasion that there have been groups of citizens questioning Government policy, working adults have been seen to discard their hats and put knotted handkerchiefs on their heads, the exact derivation of this practice is unknown and so extremely rare that we will not comment on it.

The Venerian military wear one-piece jumpsuits for general day wear, Black for the Space Navy, Dark Blue for the PAC pilots, Grey for the Marines and Green for the Ground Forces (Ground Forces use a variety of camouflage for field operations). For formal and ceremonial wear they use similar colours and a uniform which is a mix between Earther 1940’s German and 1960’s Russian in style. Russian style trousers for the males and skirts for the females*, with knee high boots, German style jackets with braiding on the collar and cuffs, denoting branch & unit, and Russian style shoulder boards, denoting rank & quadrant, with a variety of hats based on those issued to the Russian forces. As with non-military citizens the style and size of the hat denotes the position of the wearer within the military hierarchy.