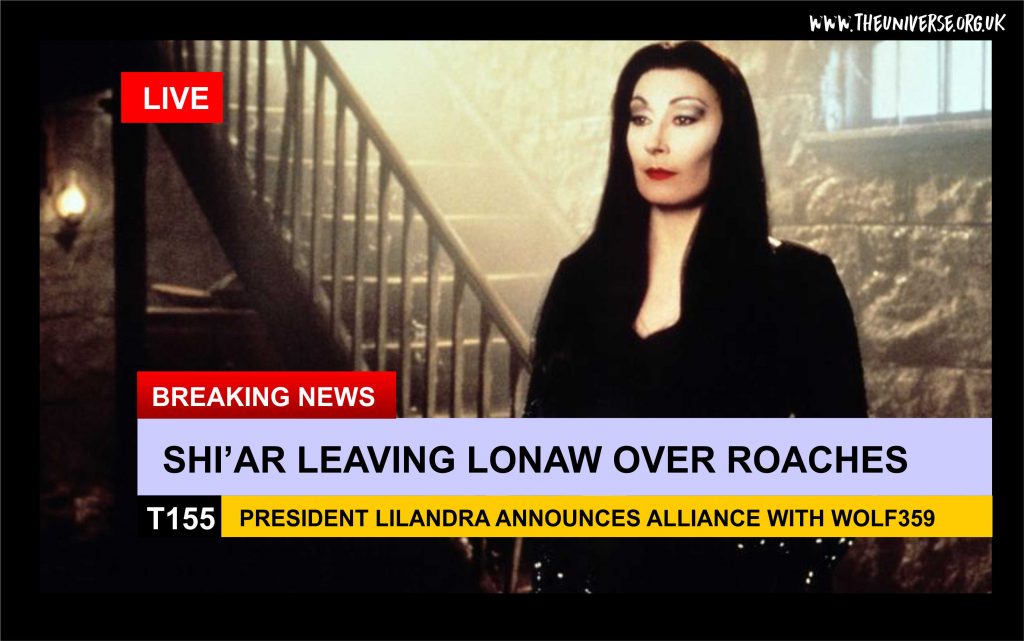 The controversial Shi’arian president has historically made no secret of her dislike of aliens and expressed concern at any sort of accomodation with ‘Fracking murderous roaches’.  In leaving the League of Non-Aligned Worlds, Shi’ar has represented an undercurrent of anti-Chosen feeling among Quadrant Zero’s independent worlds, and Shi’ar has cemented this with a new defensive alliance with the Wolf359 Commonwealth, of whom she said, in a recent meeting of the Shi’aran Diet “The Wolfers know what’s what… they are the only folk with balls in this whole fracking Universe.  Great people!  Better than fracking Earther scum any day…”. 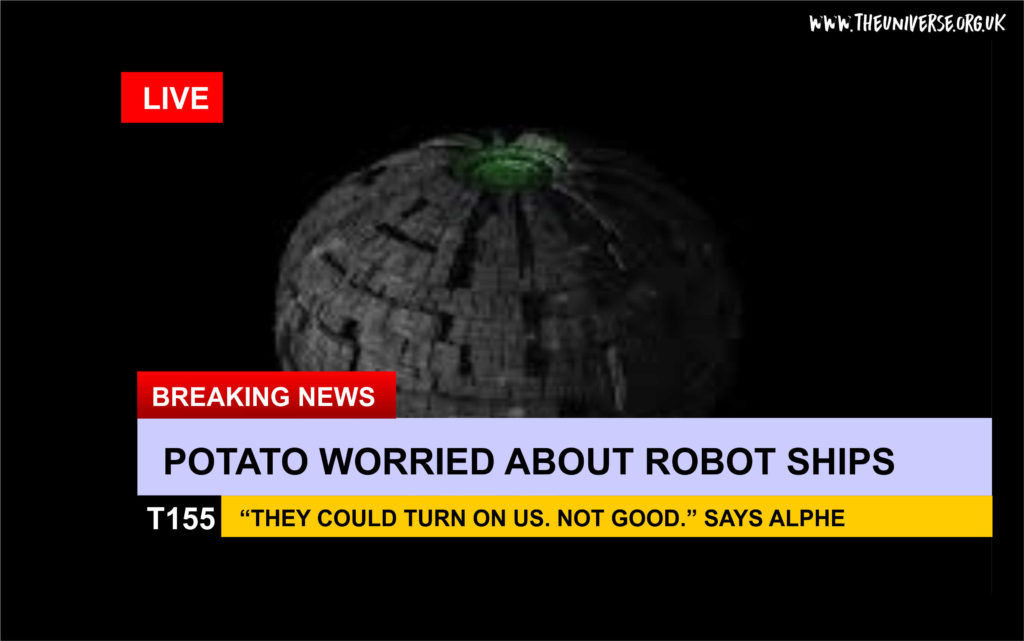 In a series of communiques, President Alphie Potato has expressed his concerns about the manufacture of semi-autmatic, self-replicating warships, very similar, in principle to the Exterminators humanity faced in the First Exterminator War. President Potato, himself a survivor of attempted mind control by a hostile artificial intelligence, said “…hey folks, I know better than anyone that you can’t trust most of these computer inteligences, and we would be in deep pterodon guano if these things can back to bite us later.”.  Military experts INN consulted pooh-poohed the notion, saying “There is no known way this could happen”. 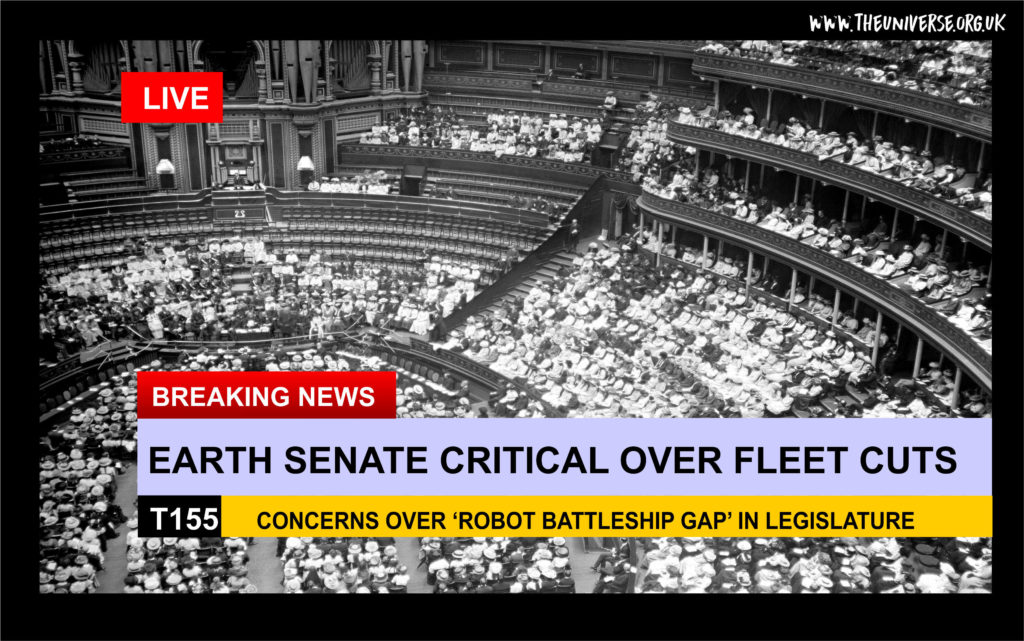 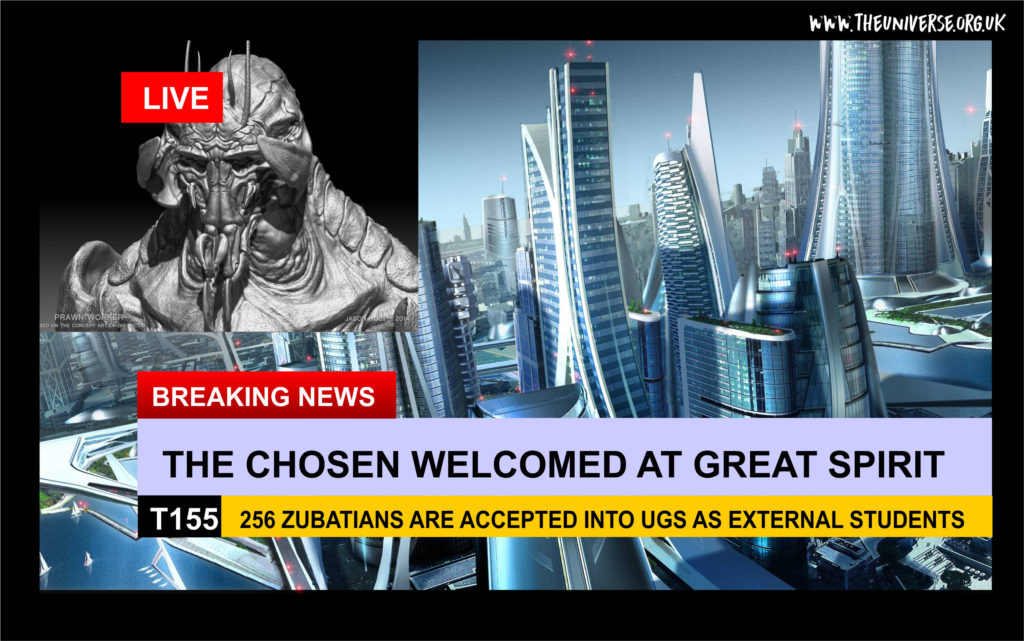 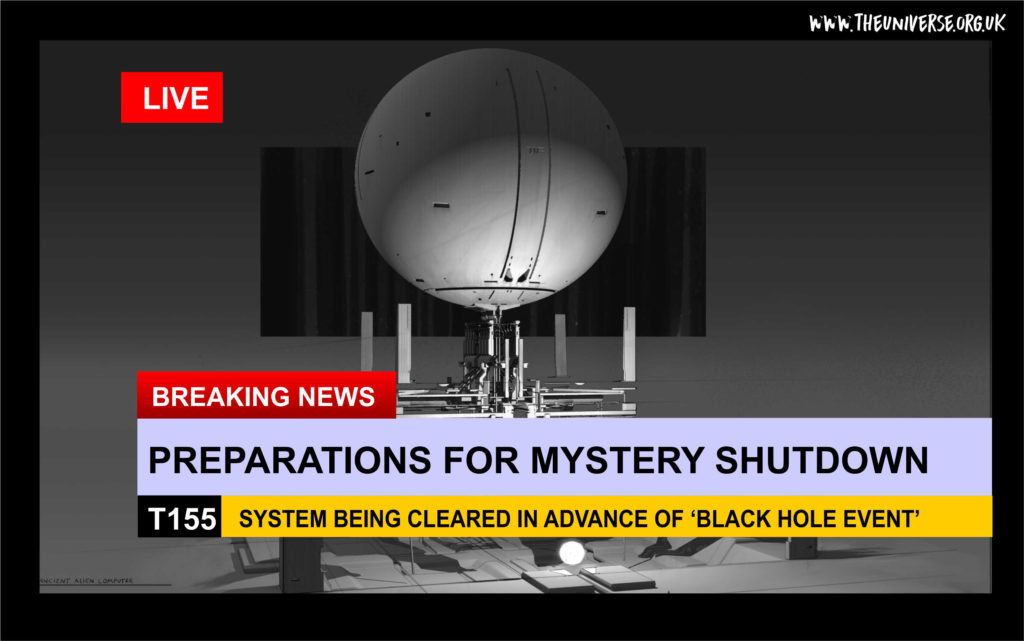 The Mystery system in Quadrant Zero is in the final stages of evacuation and clear down of the unprecedented acadmic activity there.  The evacuation has not been entirely without frictions, and security personnel had to disperse a small (and rather polite) riot by academics and their families protesting about the shutdown.  Meanwhile there remains a certain amount of concern in Q0 that the shutdown of the tethered singularity can be completed safely by the ancient Forerunner computer controlling it.  We will know soon. 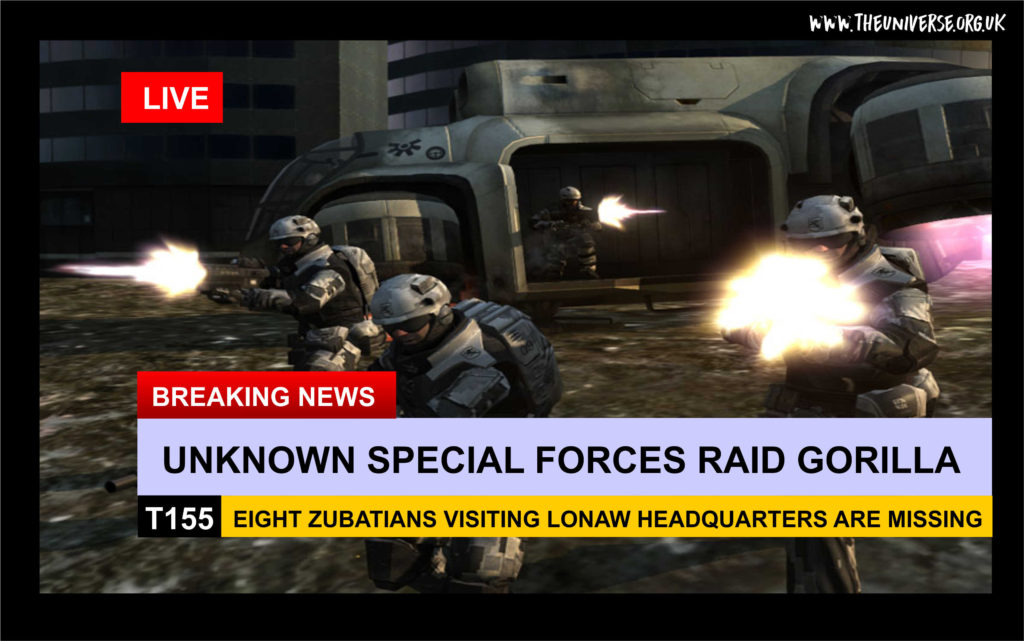 The streets around the headquarters of the League of Non-Aligned Worlds echoed with the sound of gunfire as a surprise raid by several hundred unidentified special forces troops targetted the accomodation of a number of Zubatian representatives visiting the LONAW.  Local security and ground force defences were first alerted when a ship, thought to be a heavy cruiser, had approached Gorilla on silent running and was detected entering low planetary orbit launching a large number of assault shuttles.  The attacking craft did not identify themselves, and their transponders were off.  The elite assault forces are believed to have taken a number of Zubatians prisoner, withdrawing with them to orbit.  The Gorillan defence forces were unable to successfully intercept the raiders, who exited the system.  The defending security forces took heavy casualties, with the death toll standing at around 32, with more than 50 wounded.  16 cvilians died in the crossfire, including the Ambassador from Kree.  None of the attackers had identifying markings on their armour or equipment.  Secretary General Dormammu said “I cannot tell you how shocked I am at this utter outrage.  This cowardly attack was made by fanatical and hate-filled monsters with no regard for civilisation or the rule of law.  That they could not bring themselves to identify themselves just shows what morale cowards they are – knowing full well that their actions were despicable they try to hide their shame.  But it will not work.  We will find the criminals who did this. And we will bring the missing Chosen back.”