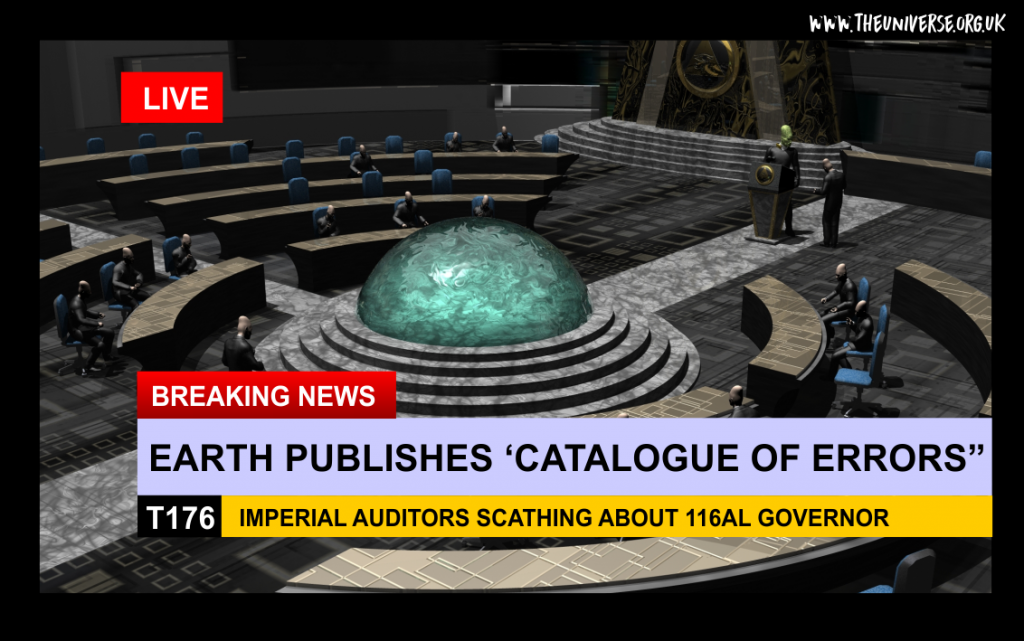 Following an intesive investigation by the Imperial Audit Office the local Government and the Imperial Governor on 116AL have come in for considerable criticism over their recent actions.  The 116AL Investigation Report has been published unredacted and offers a ten-point amelioration and recovery plan in its ‘recommendations’.  Earth-watcher will know that an IAO ‘recommendation’ is generally regarded as a direct order from the Imperium.  The report has been widely welcomed by the interstellar community. 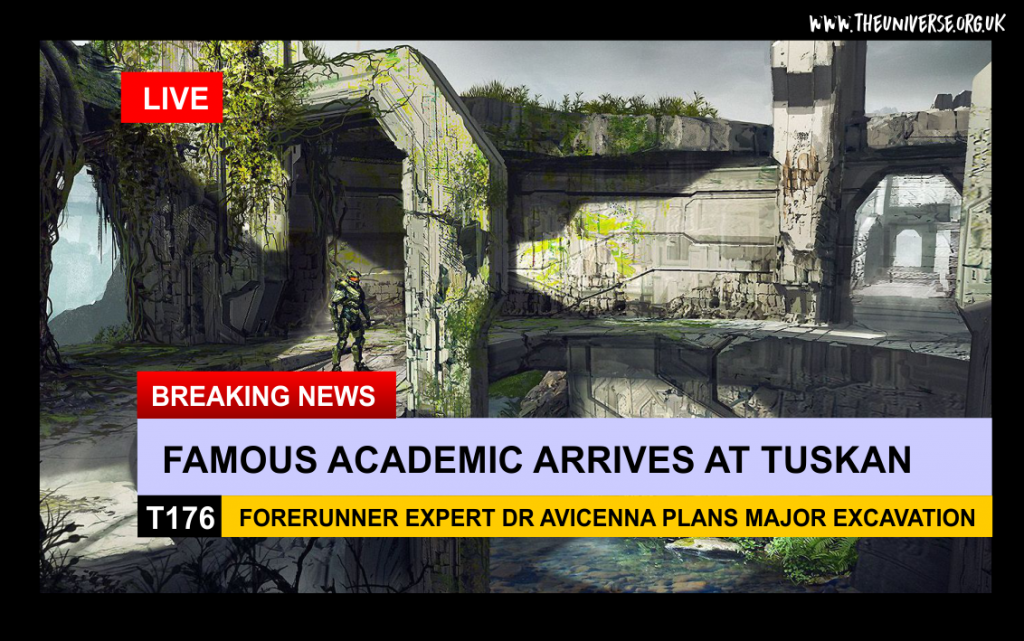 Dr Avicenna, a senior and well respected Forerunner expert has been setting up the archeological base on Tuskan and is reportedly forming the investigation team and planning the dig.  “This planning is likely to take some time, obviously, we can’t just go barging in there and pressing buttons – that would be highly unprofessional” said the doctor in an interview. 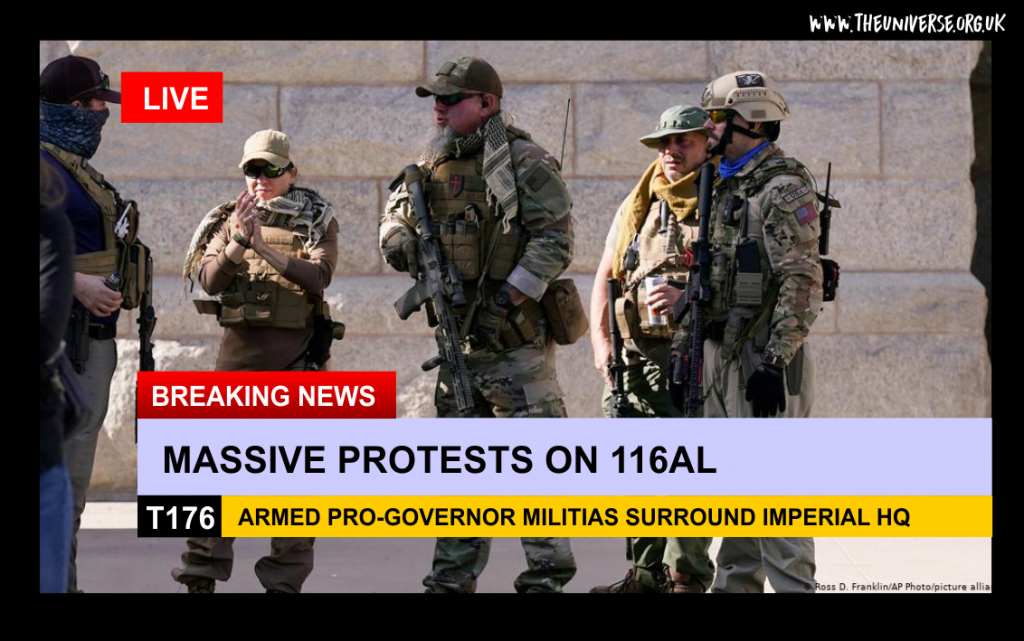 Following publication of the IAO 116AL Investigation Report unrest has increased on 116AL, the Governor remains unavailable for comment.  The Imperial HQ is now surrounded by large numbers of armed militia who claim to be in support of the Imperial Governor and the local majority government.  They claim the IAO Report is fake and an example of blatent imperialism from the …er.. Empire. 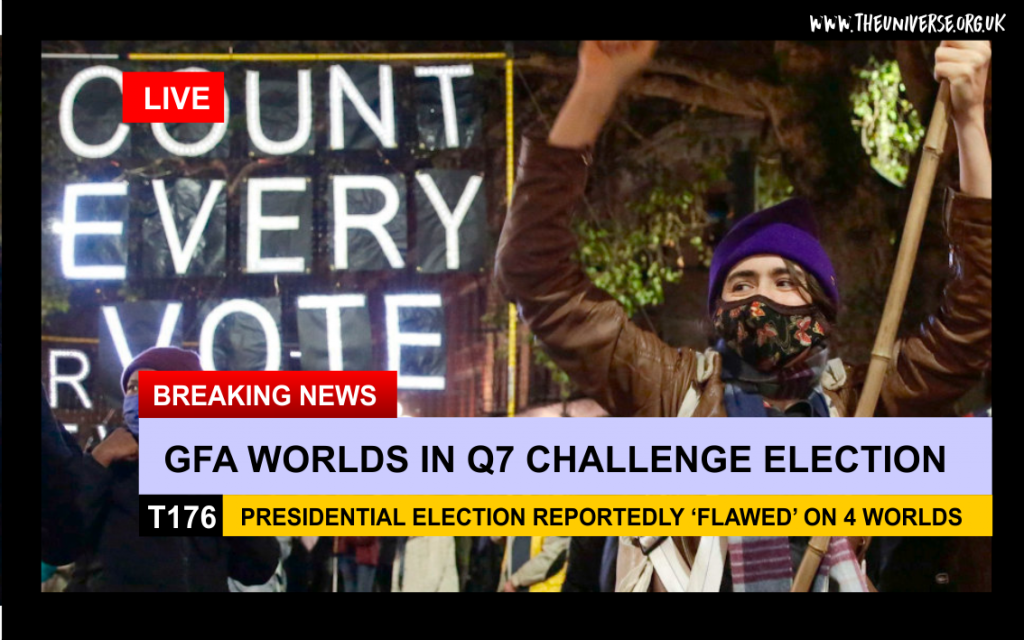 Protests are growing on Savannah, Sandron, Potomox & L’fayet regarding what the locals are alleging are serious electoral flaws, claiming that the election was ‘stolen’ by the Potato campaign.  Local officials are insisting that there is no known way the election could have been fixed. 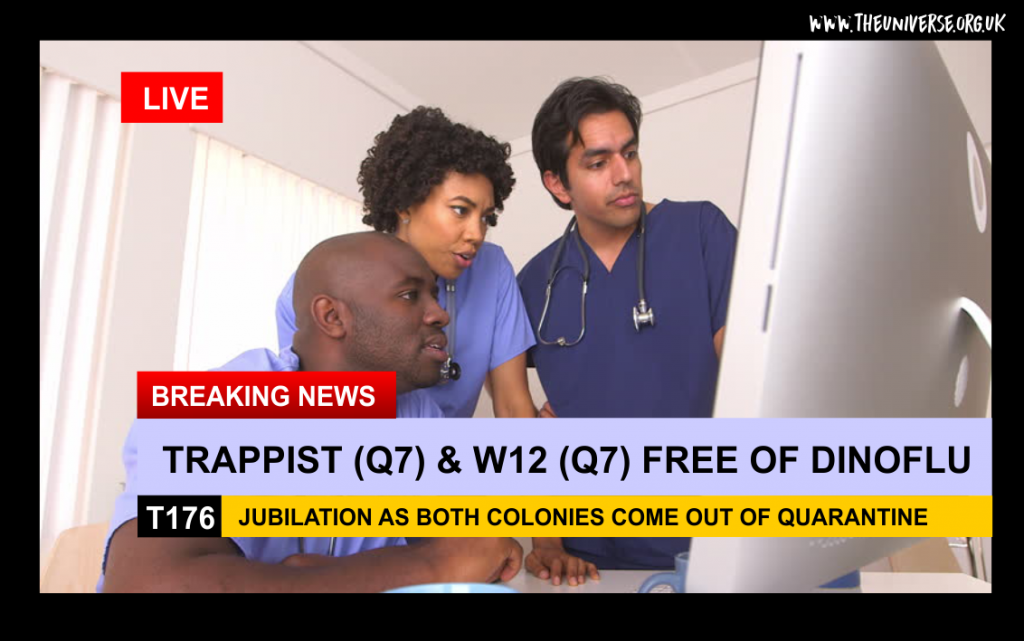 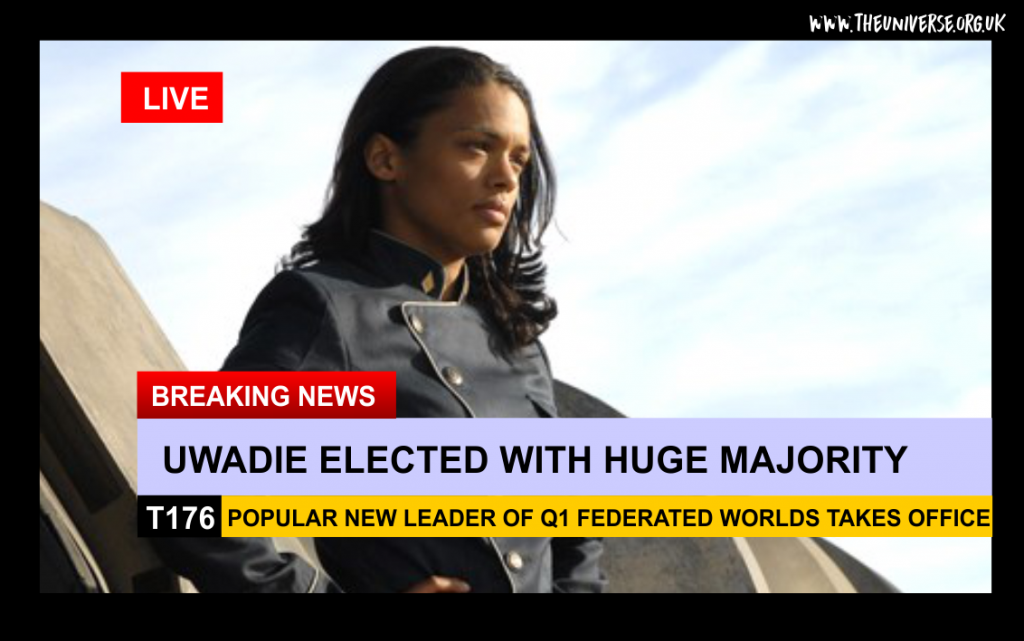 The election of the successor to the very popular President Jackson of the Federated Worlds of the Outer Quadrants has been greeted with waves of celebration across Quadrant 1. Even President-elect Tanya Uwadie’s political opponents have congratualted her on a splendid election campaign.  In turn Uwadie has thanked her opponents for their commitment to the democratic process and was gracious about their defeat.  Uwadie, with a successful career as a fleet officer behind her, is commited to building the FWOQ as a Federation for peace, security and development. 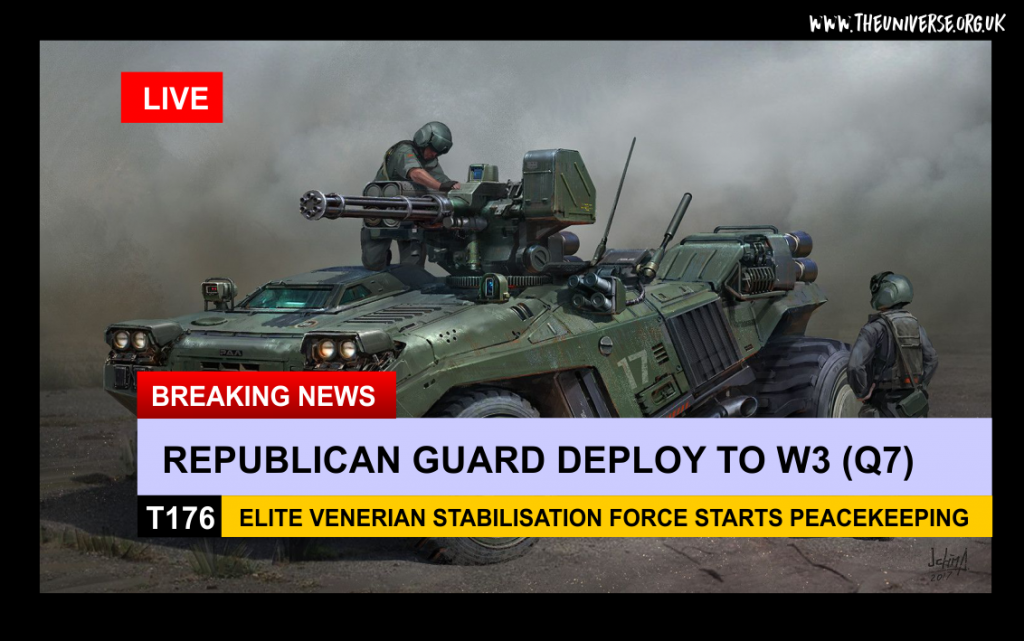 Venerian 7th Republican Guard Division has deployed to W3 to support the stabilisation efforts of the Wolfer military on the world.  The handover of some sectors of the cease-fire line to the Venerians is reported to have gone flawlessly, and the number of violent incidents in the Venerian Sector seems to have dropped, at least for now.

“Nobody could have predicted such a freak event” a spokeperson for the University said at the press conference amid looks of frank disbelief from the assembled Press.  When asked about the cause of the giant hole in the University campus grounds, the spokesperson said “we are looking into it…”. Local Venerian law enforcement have cordoned off the entire University and a team of invesigators from the UNiversity of Oith are en route to take over the enquiry. 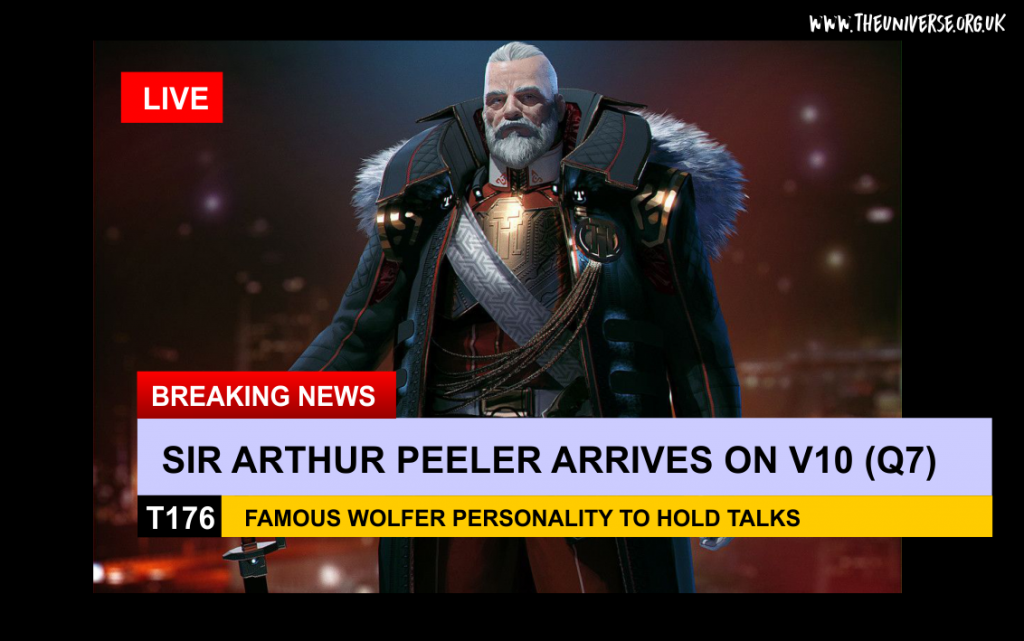 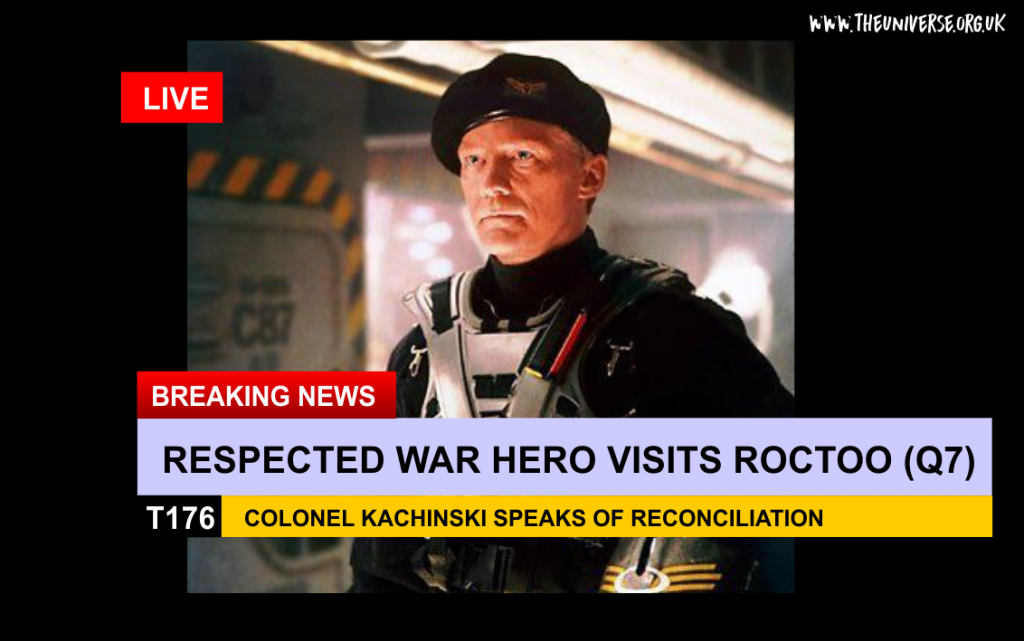 Colonel Kachinski said, on arriving at Roctoo “There is more than enough division and conflict between the polities of humanity – and I for one will be working flat out to calm some strong feelings here on Roctoo”