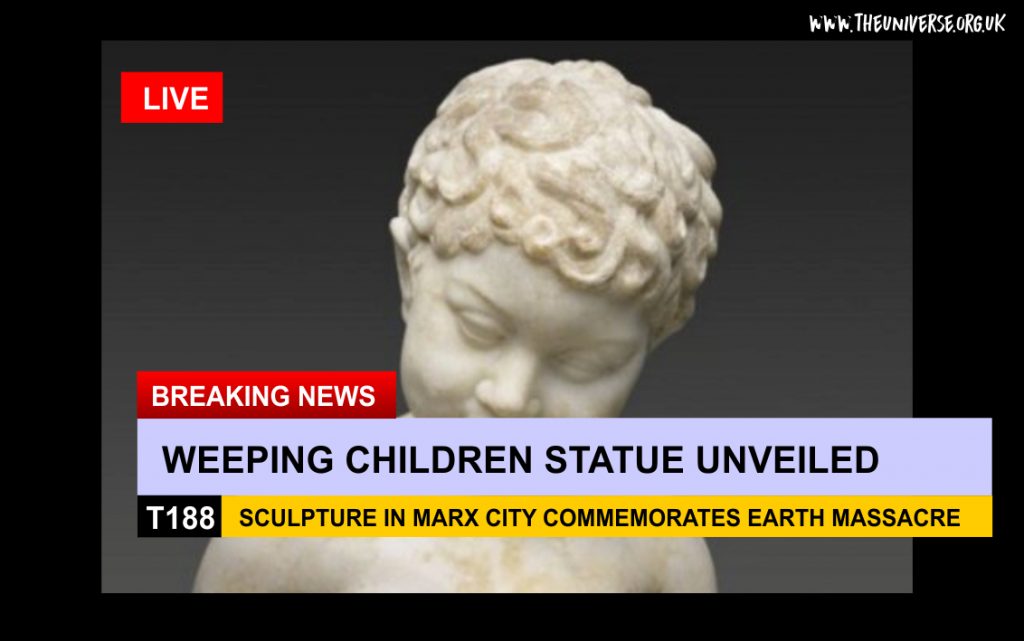 The members of the SSR Politbureau observed a 17 minute silence in memory of the 256 children of the Che Guevara Primary School who died in the Marx City Incident of 3214 when Earth and Martian forces invaded Sirius on the pretext of destroying a rogue sentient AI.  The subsequent revelation that there was, in fact, no AI led to a major souring of interstellar relations between Earth and New Mars, and to the resignation and functional exile of MAFC Supreme Councillor Banderas.  The sculpture depicting 256 indiviual children, entitled “Tears of Innocents’, was commissioned as part of the Sirius Independence Tricentenial commemorations (2929 – 3229).  Sirius gained de facto independence after a bitter civil war with the Solar Republic from 2926-2929. 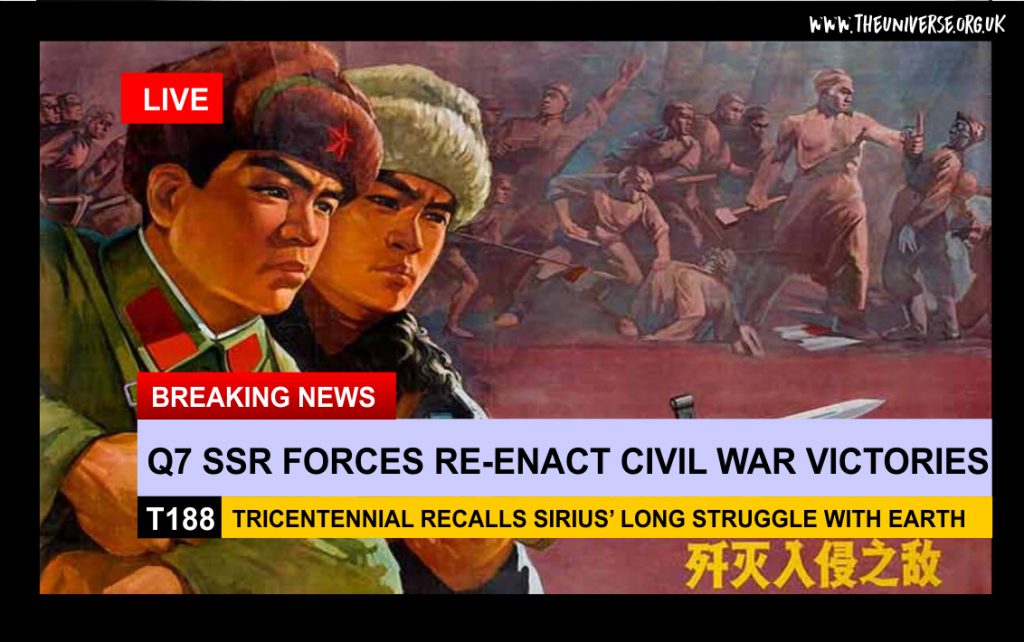 Quadrant 7 saw the most lavish commemorations of the Sirius Independence Tricentennial in all of human space (outside of Quadrant Zero).  The miloitary forces conducted realistic battle renactments of the famous battles between the infamous Solar Repblican Guard and the Sirius People’s Defence Cadres.  These dramatic recreations of historical battles involved not just virtual representation but members of the Sirius armed force using specially-prepared historical military vehicles and weapons.  These mock battles were ecstatically received by the Sirius colonists, with record-breaking triV viewing figures.  Not all commenatators were so impressed – Professor Simon Shakewell, a Sirian military historian wrote “..this is all well and good, but the uniforms had the wrong rank markings, most of the vehicles were from 2905-2910 – completely the wrong period – and nobody used the SCA-IC in the battles on Sirius in 2926 – very dissapointing!” 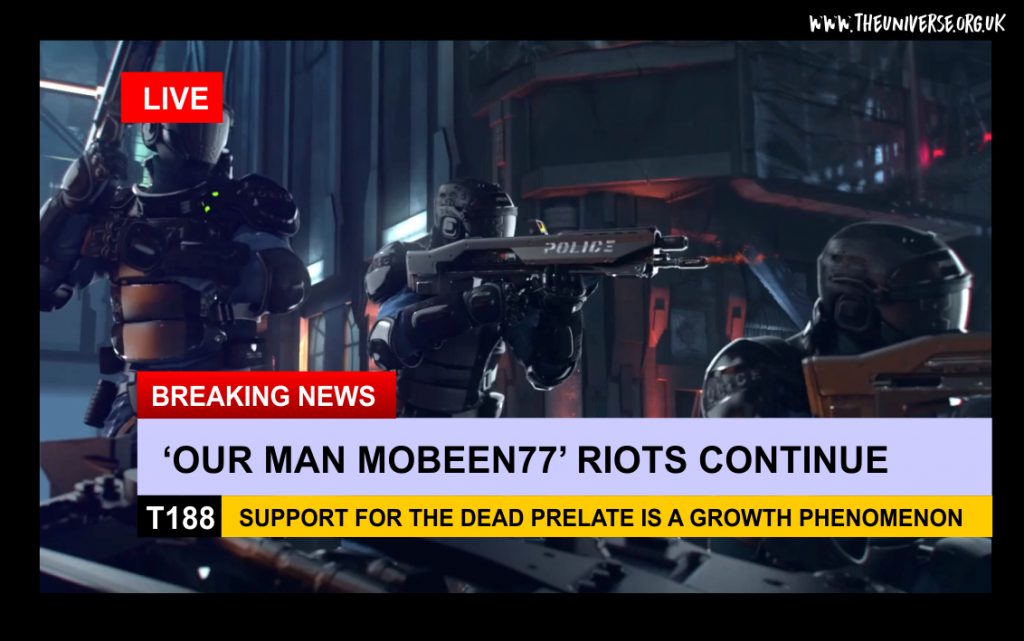 Despite maximum efforts to calm the situation, sporadic rioting continues on Draconis (Q7) as followers of the late prelate Mobeen77 continue to blame the Government, the corporations and ‘naturals’ for his sudden death. Interestingly, not all members of the local government have been critical of the rioters – some admitting privately that “…there are bad people on both sides”. 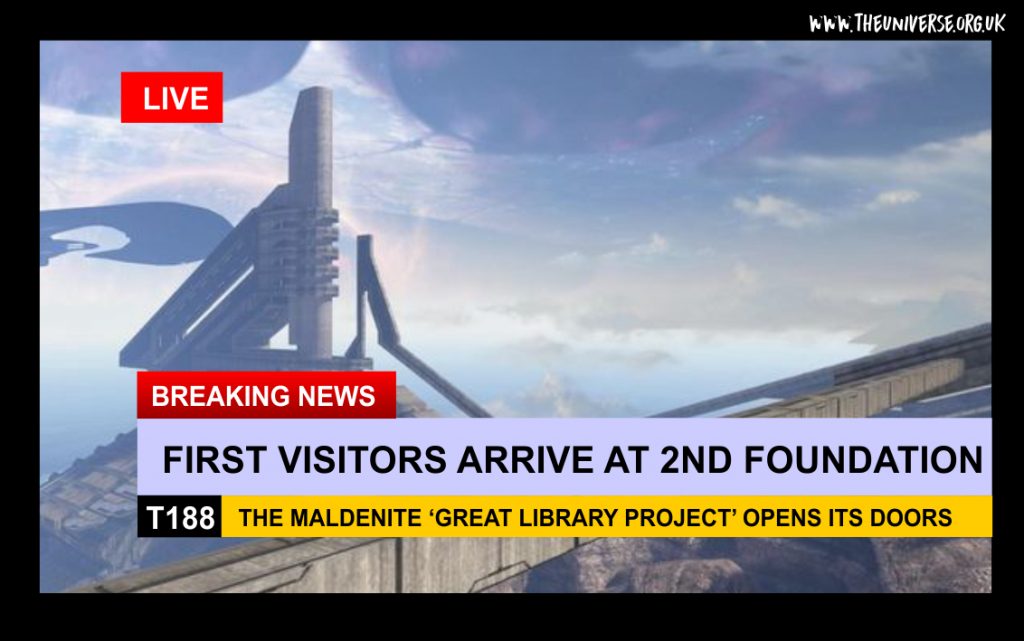 Delegations from all of the major powers have reported on their visit to the Great Library Project.  The location of this world is a closely guarded secret, but it is believed to exist more than 800 parsecs outside human space.  The Mald Democratic Foundation has spent more than a decade establishing this world as “… the ultimate collection of everthing human.”

A spokesperson for the Earth Empire said “Not bad… nearly as good as the Imperial Library on Earth”. 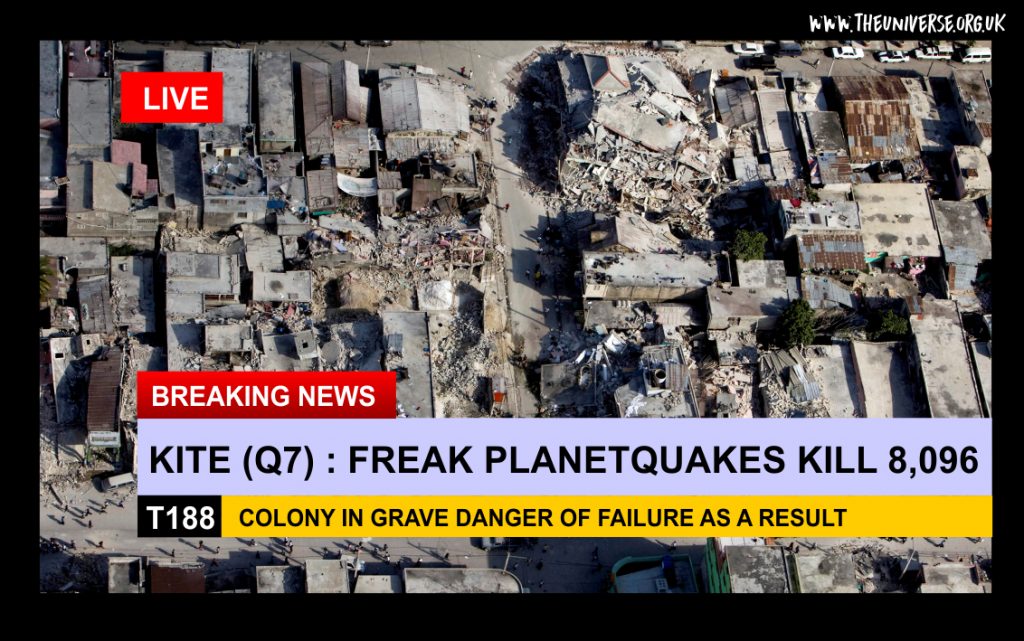 Colonists on Kite face imminent starvation and the failure of the colony as a result of unexpected tectonic movents under the southern continent. 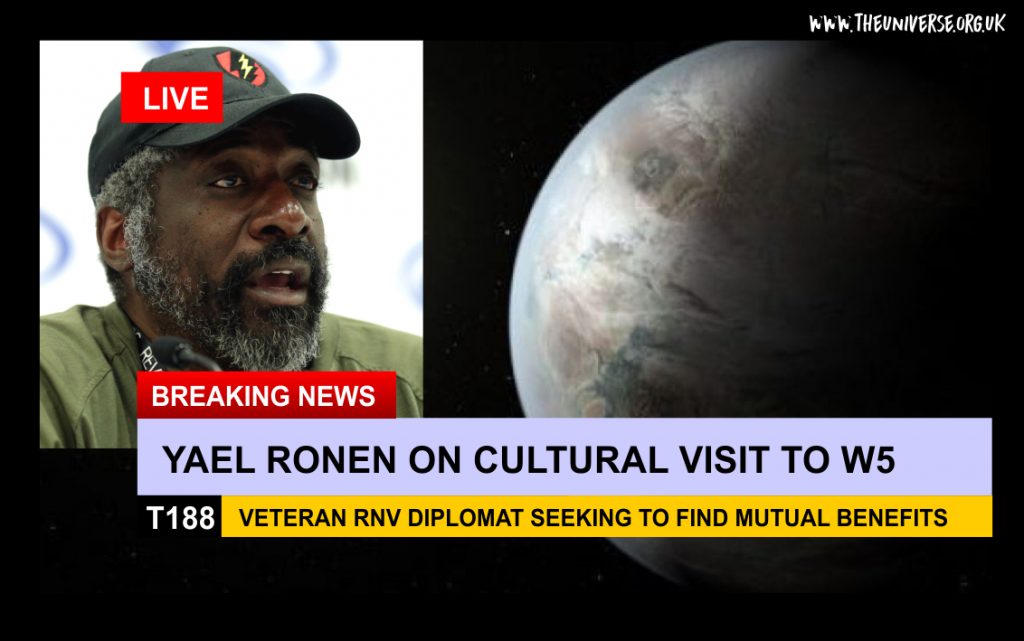 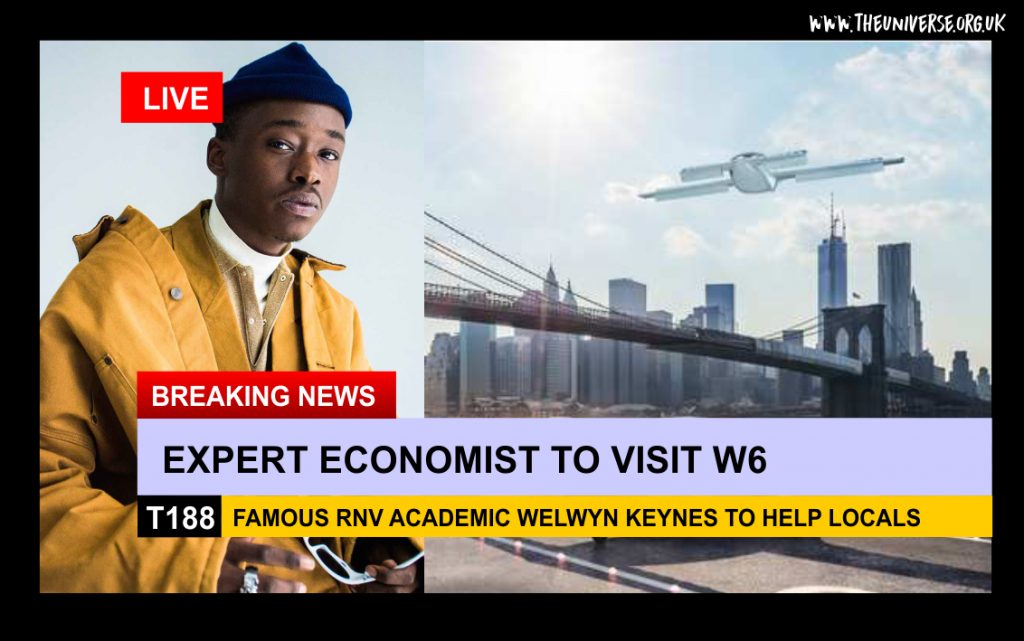 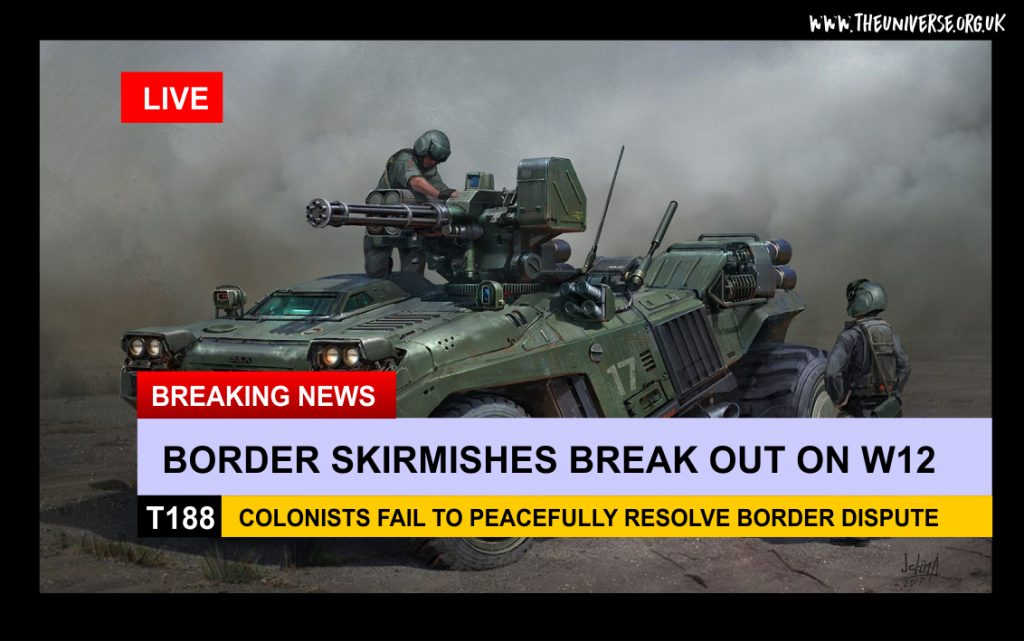