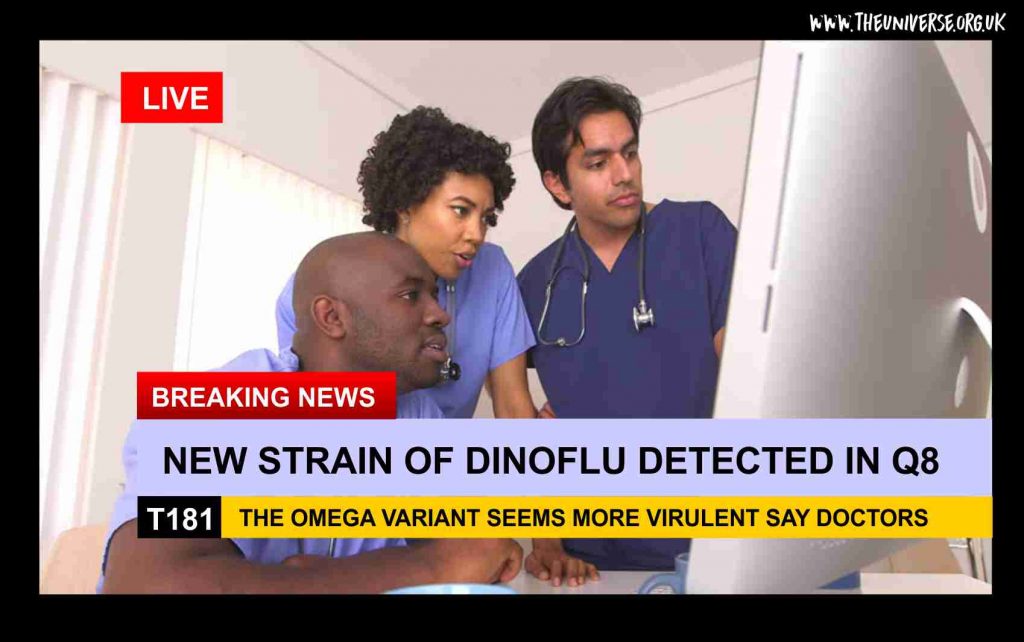 Various ndepended worlds in Quadrant 8 have been reporting a resurgence in DinoFlu, not long after it was believed the epidemic had been brought under control.  Dinoflu-Omega is thought to be resistant to known vaccines.  Pending further investigation, the affected colonies have not yet introduced strict quaratine measures, citing the negative impact on public morale and trade.  “It would be irresponsible to over-react when we know so little about this new strain” said Jobis Bronson, chair of the New Calamity Governing Council. 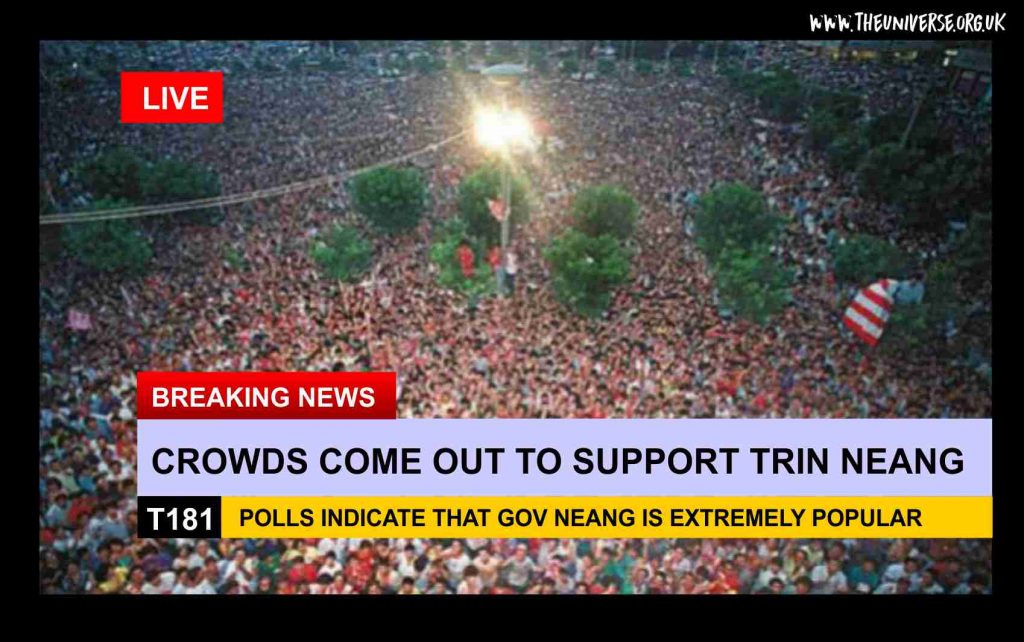 Despite his known opposition to his political rival President Potato, Gov Neang is a well-respected politician on the interstellar stage.  His name is increasingly mentioned as a potential challenger to the ‘Come From Behind Kid’ – though Neang as always been firmly non-committal on any potential future run at the presidency.  Support for him would seem to be genuine, and he has developed a strong track record as an honest local politician even in the few years he has been in the quadrant. 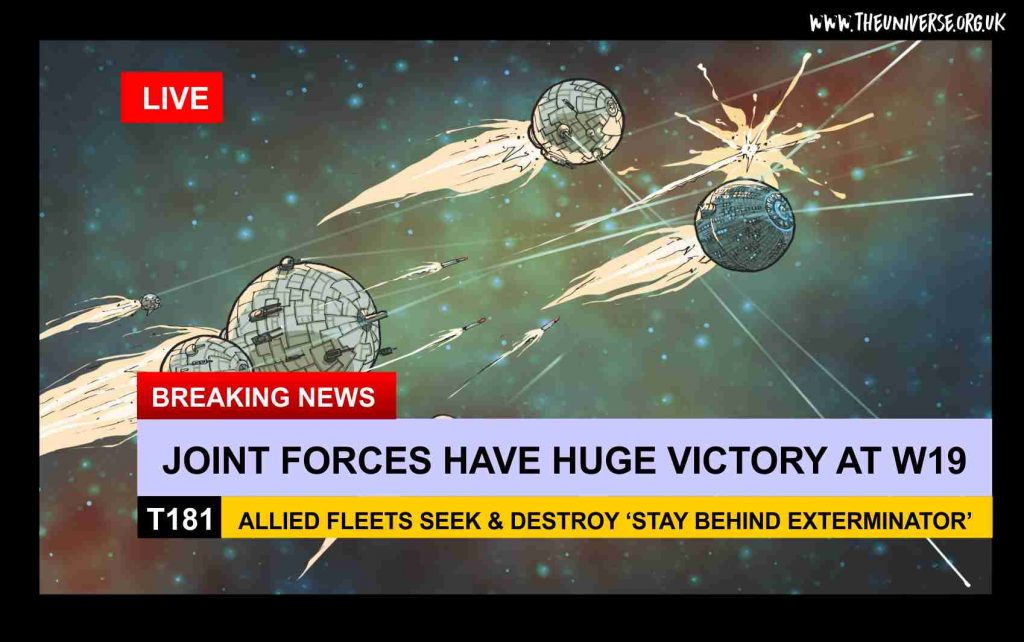 Finally, word is out that there was something at W19 after all!  And it was an Exterminator that had been lurking there for decades waiting for a chance to strike! Our sources suggest that the alien killing machine was utterly abliterated by a combined fleet led by the Wolf359 Commonwealth.  Good job Royal Navy!

Joint Allied Commander Q7, Martian Admiral Molloy said of the victory “The combined forces sustained considerable losses. Our sympathies are extended to their families.”.  Not drawn on whether there were more such ‘Stay Behind’ machines, she said that operations “… will continue until the end of the year at which stage, we expect the exercise to wind down” 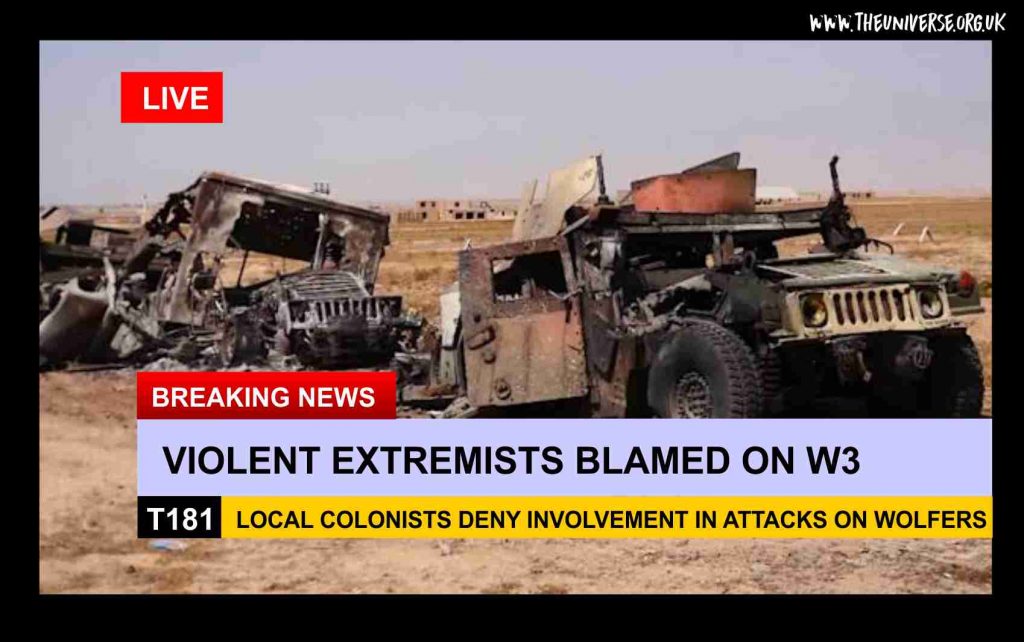 Amid an increase in violent incidents in both Wolfer-controlled and Venerian-controlled areas, the local goverments of both the Deep Democratic Association (DDA) and the Deep Colonial Corporation (DCC) strenuously deny any connection with these incidents.  Chair of the DDA Council, Ingegerd Qvist, said “We blame rogue elements of violent extremists, in particular the criminal nazi gangs such as the Mailed Fist for the attacks.  They are no better than mercanry killers from the DCC”.

The CEO of the DDA, Sofya Valerianovna said “We deplore the actions of the obviously DDA-sponsored Free People’s Army in their attacks on peacekeeping forces, and whilst we cannot support further violence, it is clear that groups such as the Mailed Fist are merely acting in self-defence”.

All colonies contine to demand the withdrawal of Wolfer forces from the planet.  Something which has, at time of reporting, not happened. 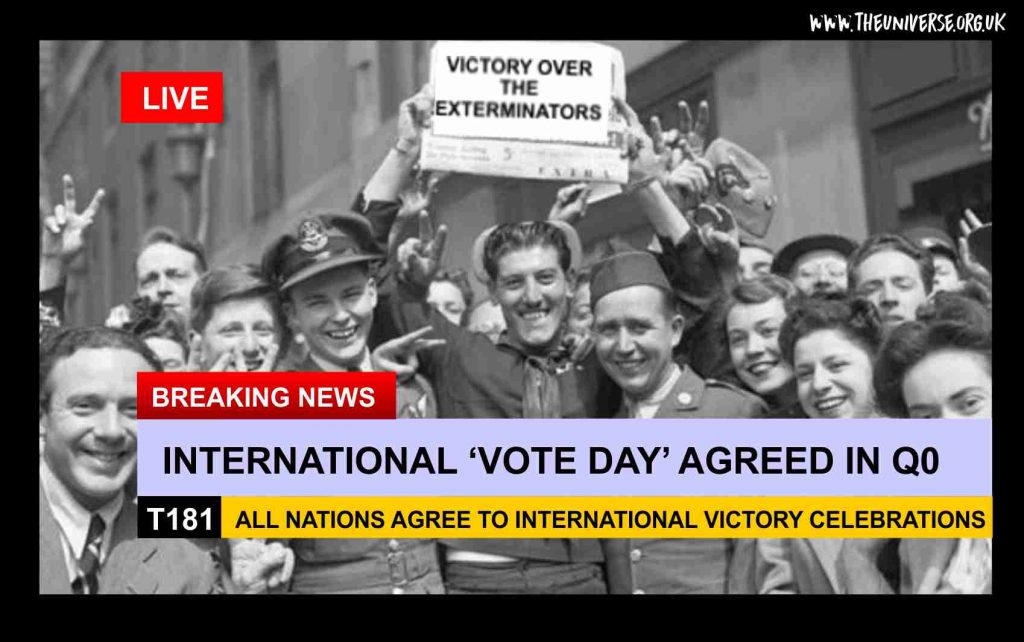 Following discussions at the highest level, it has been agreed by all polities at a Summit meeting on Gorilla Q0 that humanity would recognise the defeat of The Chosen and the destruction of the Master AI that controlled them with an official day of celebration to be known as Victory Over The Exterminators (VOTE) day.  This is to be celebrated on day 70 of the Star Year (to commemorate the 70 colonies destroyed in the War).  This is only the third internationally agreed holiday to be celebrated across the whole of human space, the other two being, obviously, Semaj Day and SolMass. 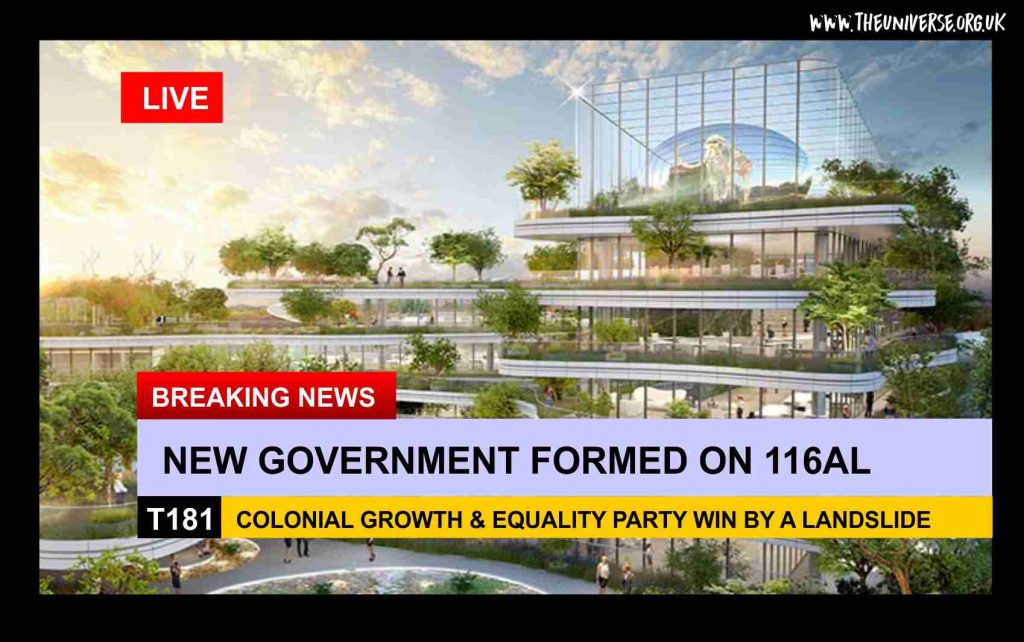 Following closely monitored elections, a new Government has been formed on 116AL.   As soon at the new Congress of Deputies met to confirm the results of the vote, the Imperial Auitors left the planet, handing over responsibility to the civil power. 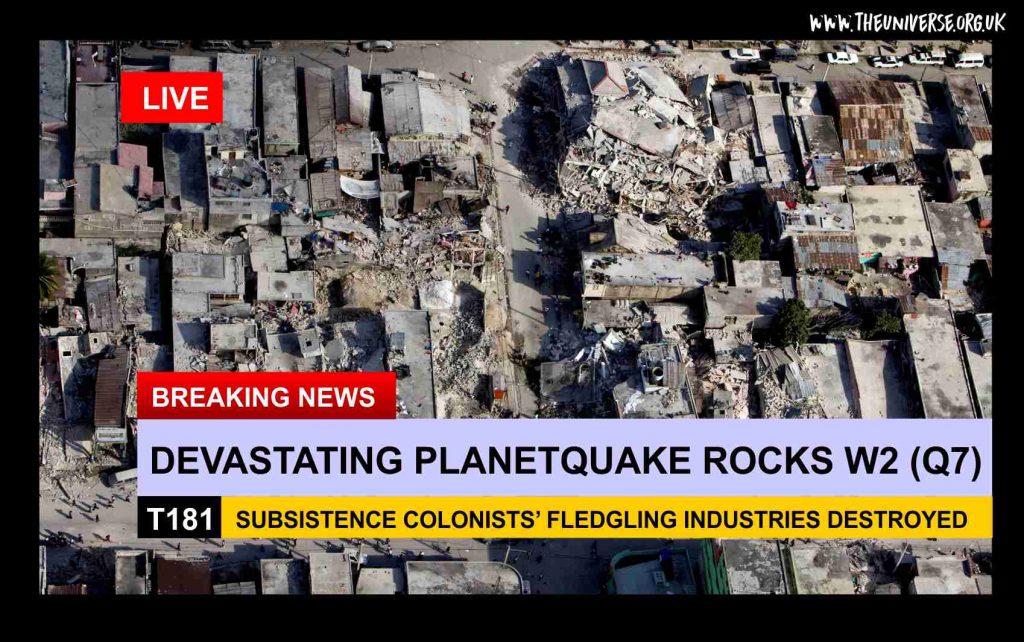 The colonists on W2 are reporting an imminent failure of their efforts as a result of an unexpected and devastating planetquake on a scale previously not encountered.