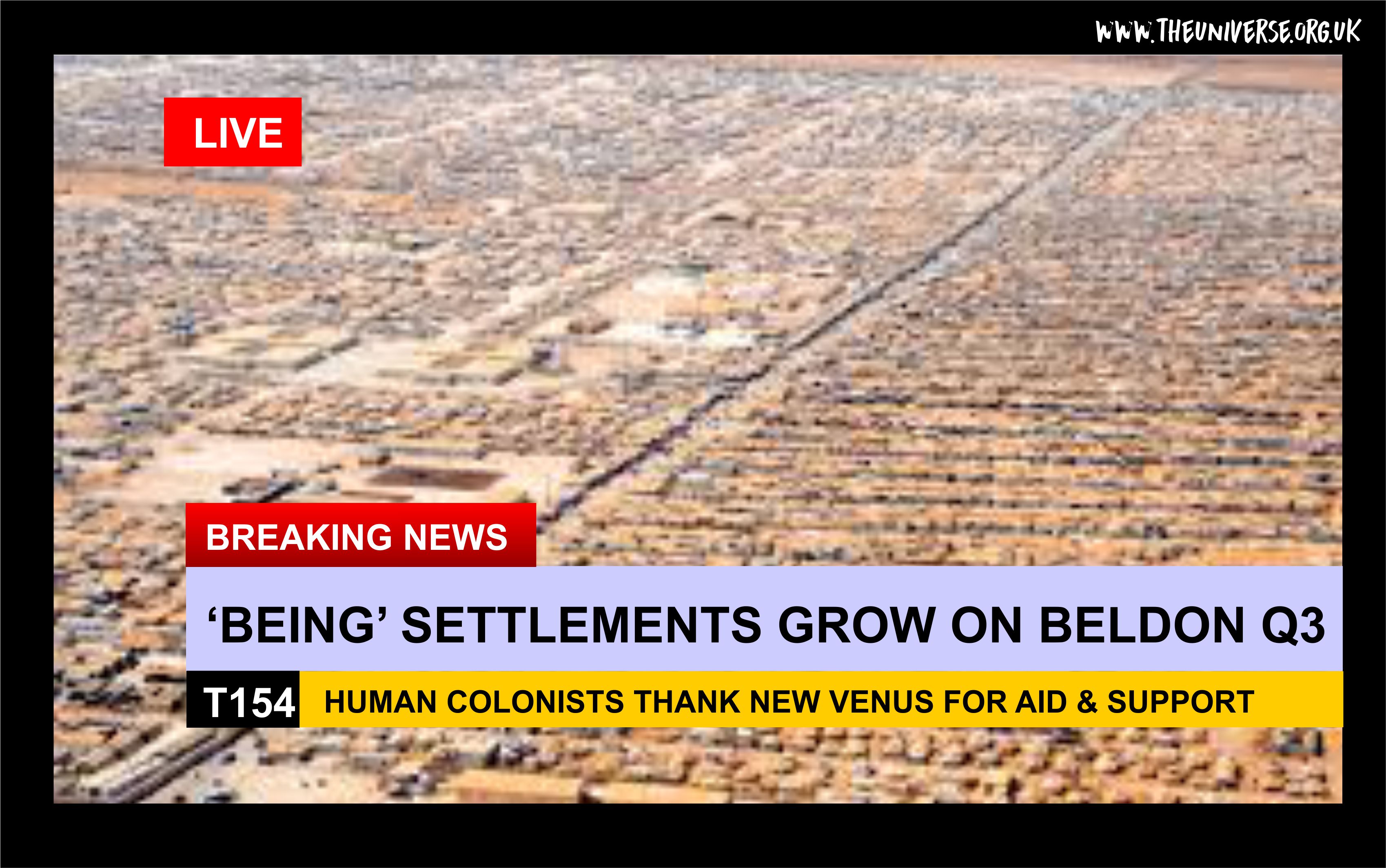 Relationships with the Beings of Beldon, or ‘BoBs’ as the locals have started calling them, have remained very cordial, and work is progressing well as the Beings have been deploying their colonising equipment, prefabricated machines and habitation domes.  Support from the wider Universe has been positive, and the Beldonian Government especially thanked the fraternal support and cooperation from the Republic of New Venus. 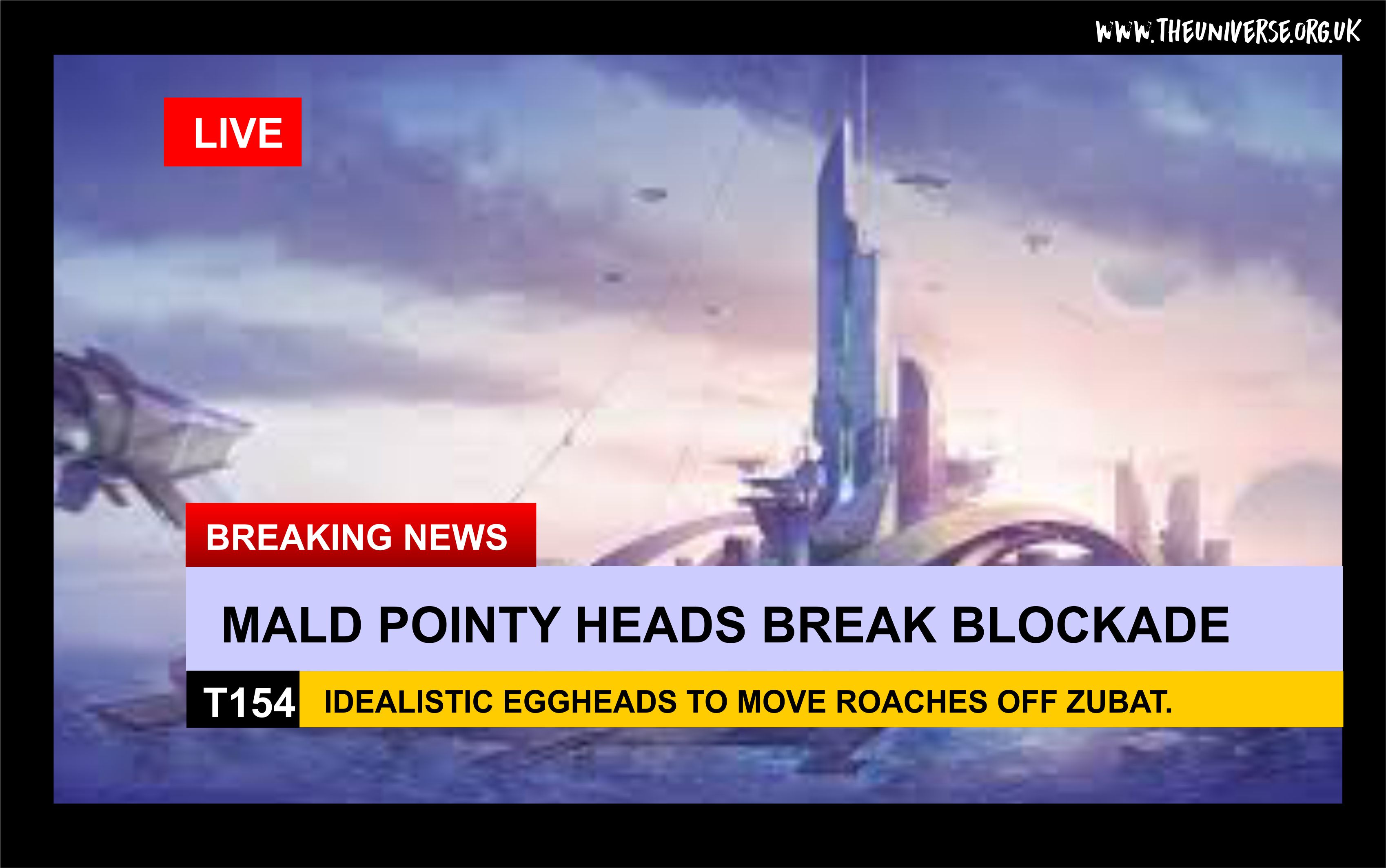 In a series of dramatic diplomatic moves, the Mald Democratic Foundation has announced its intention to test what they call an ‘Unlawful Blockade’ of the Roaches on Zubat.  Needless to say this has not gone down well in the halls of power, especially within the Wolf Commonwealth and the Republic of New Venus.  Early reports that the Venerian Navy had been ordered by the Venerian President to fire on Mald ships in the Zubat system put the Mald Provost on high alert and observers were concerned that a shooting war might break out.  However, reports have come in that President Kudriavy rescinded the controversial order at the 11th hour, ordering (through his Minister of War) the Navy not to open fire on Mald ships ‘unless they fire first’.  A spokesperson for Mald said “We thank the Republic of New Venus for their understanding and for stepping back from the brink and we welcome the opportunity to continue our movements into an out of the Zubat System unhindered”. 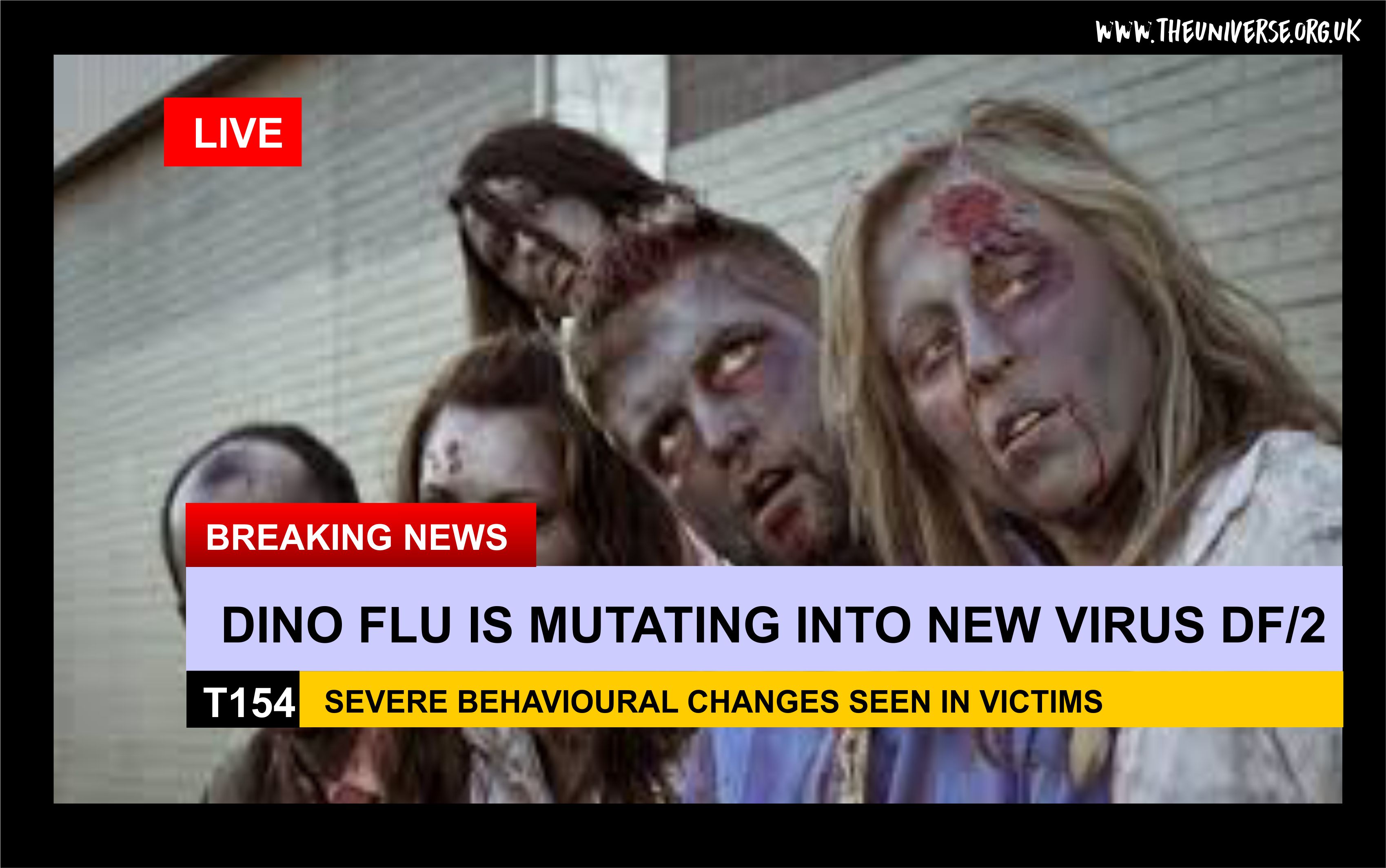 Reports are coming in of a terrifying new mutation to the DF/1A ‘Dino Flu’ virus, though to have migrated from native saurian populations on many colony worlds into the human population.  Sufferers of this new strain become increasingly violent and irrational, and there are reports of cannibalistic tendances.  The virus also seem to somehow enhance the sufferers strength, speed and resistance to injury, while at the same time reducing their rational cognition to animalistic levels.  There are reports of some serious security issues, though most colonial authorities are downplaying the impact. 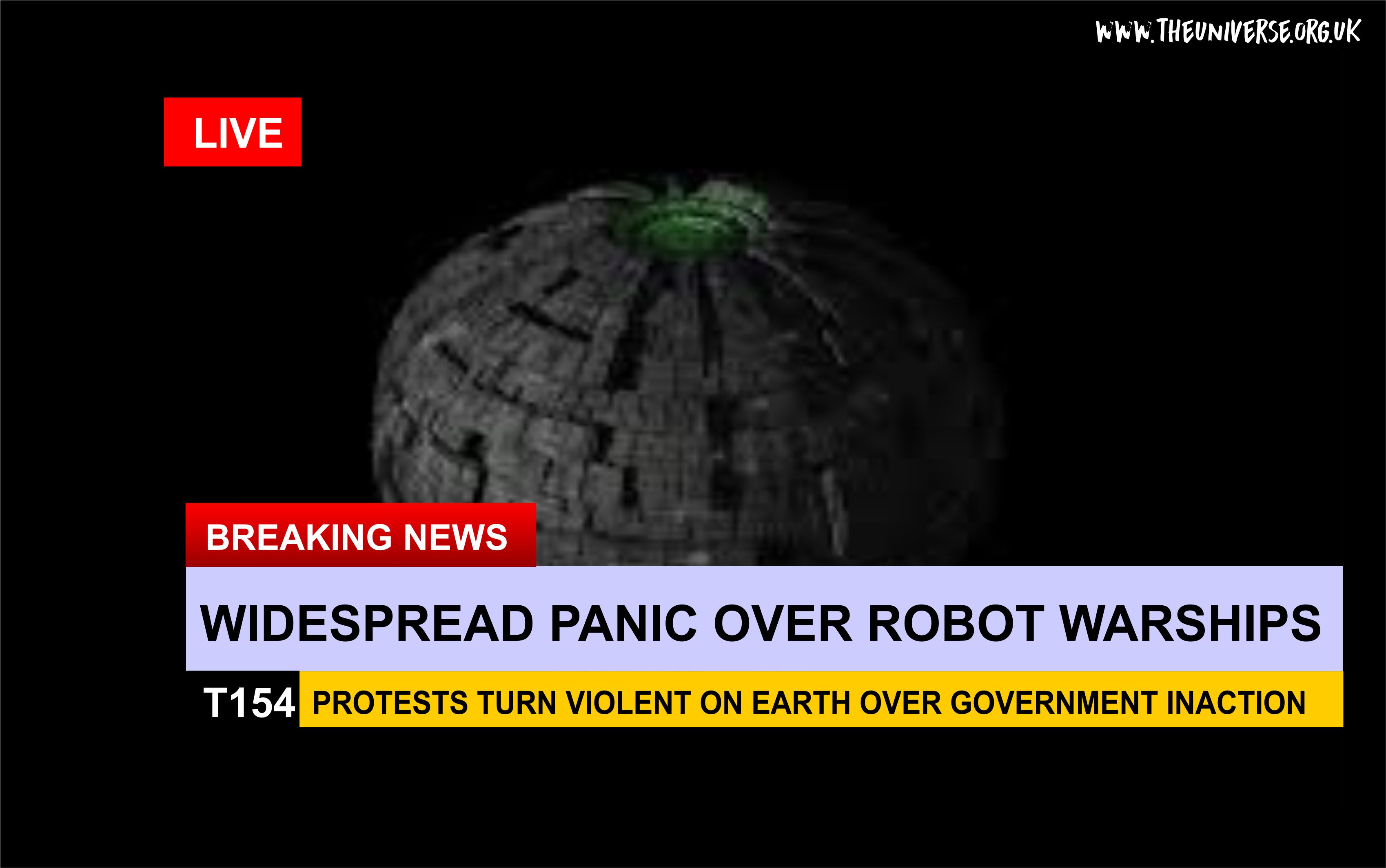 “Remove the Treen Killer Robot Battleships!” and “Where is the Navy?”  and “Treens Build Their Own Berserkers!” are just some of the inflamatory headlines circulating the planetary media on Earth following the leaked news that the RNV Navy has constructed automated warship factories building dozens of potentially self-replicating robot battleships out in HEB Space.  Reports of the Wolf Commonwealth doing the same have not produced quite the same invective, probably because anti-Venerian feeling runs deep in Earther society.  Taken together with recent deep cuts in the Imperial Navy’s budget, there is considerable unease within the ruling classes about a possible future ‘return match’ with the ‘Venerain Rebels’ once the HEB war is over.  Thee have even been suggestions from some military pundits that Earth cannot afford to allow a “Drone Battleship Gap” to grow and that the Empire should commence a building programme of its own. 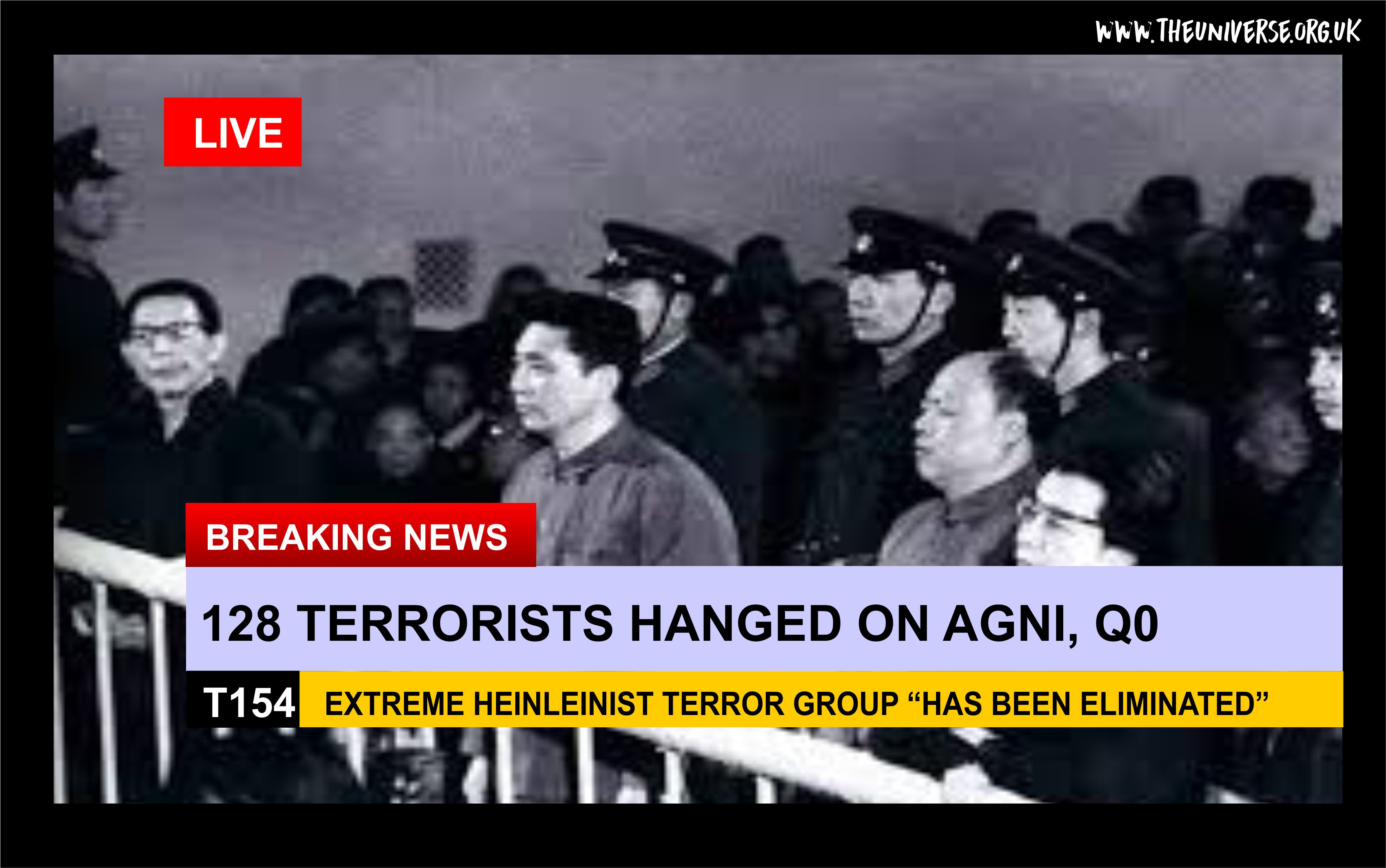 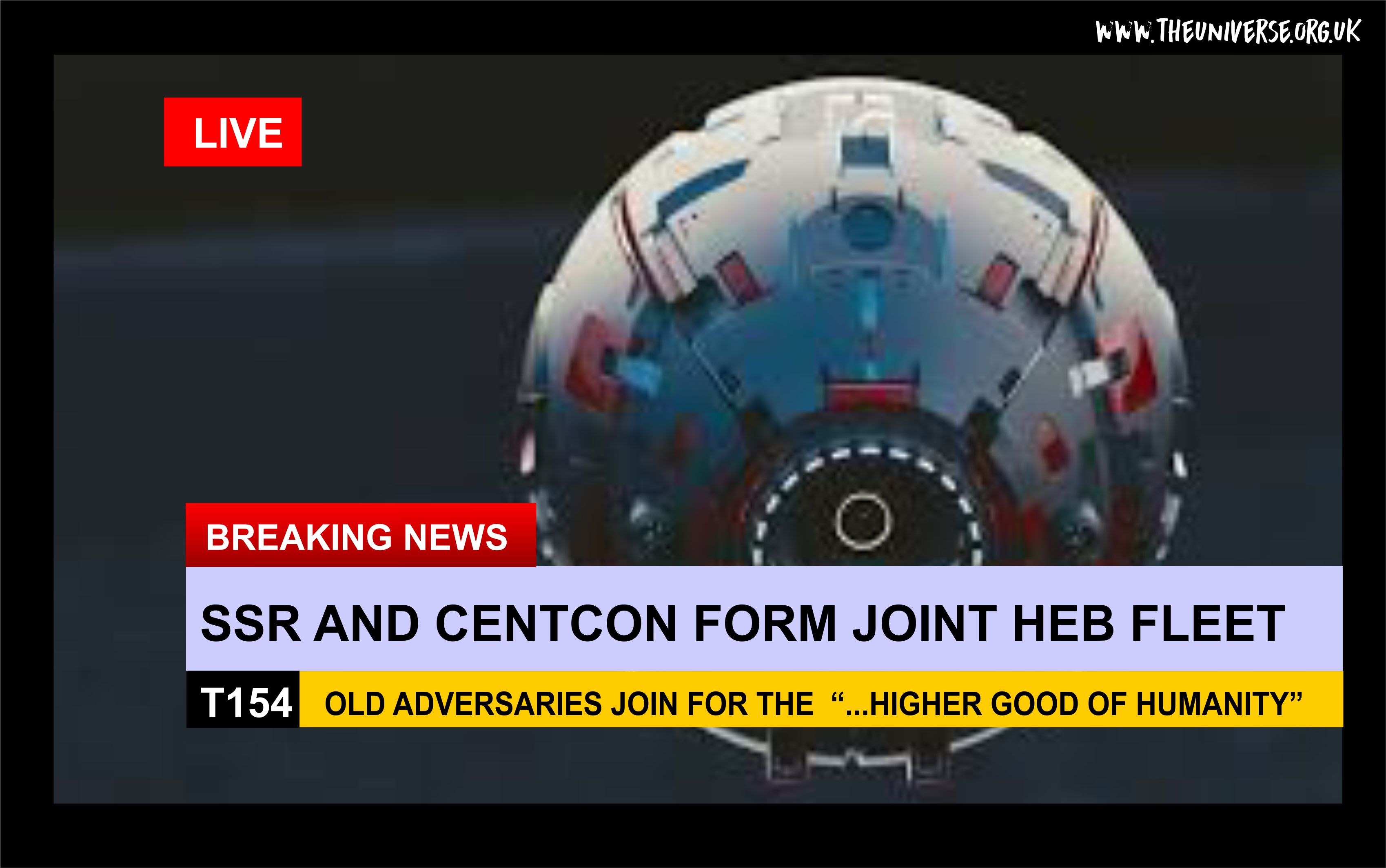 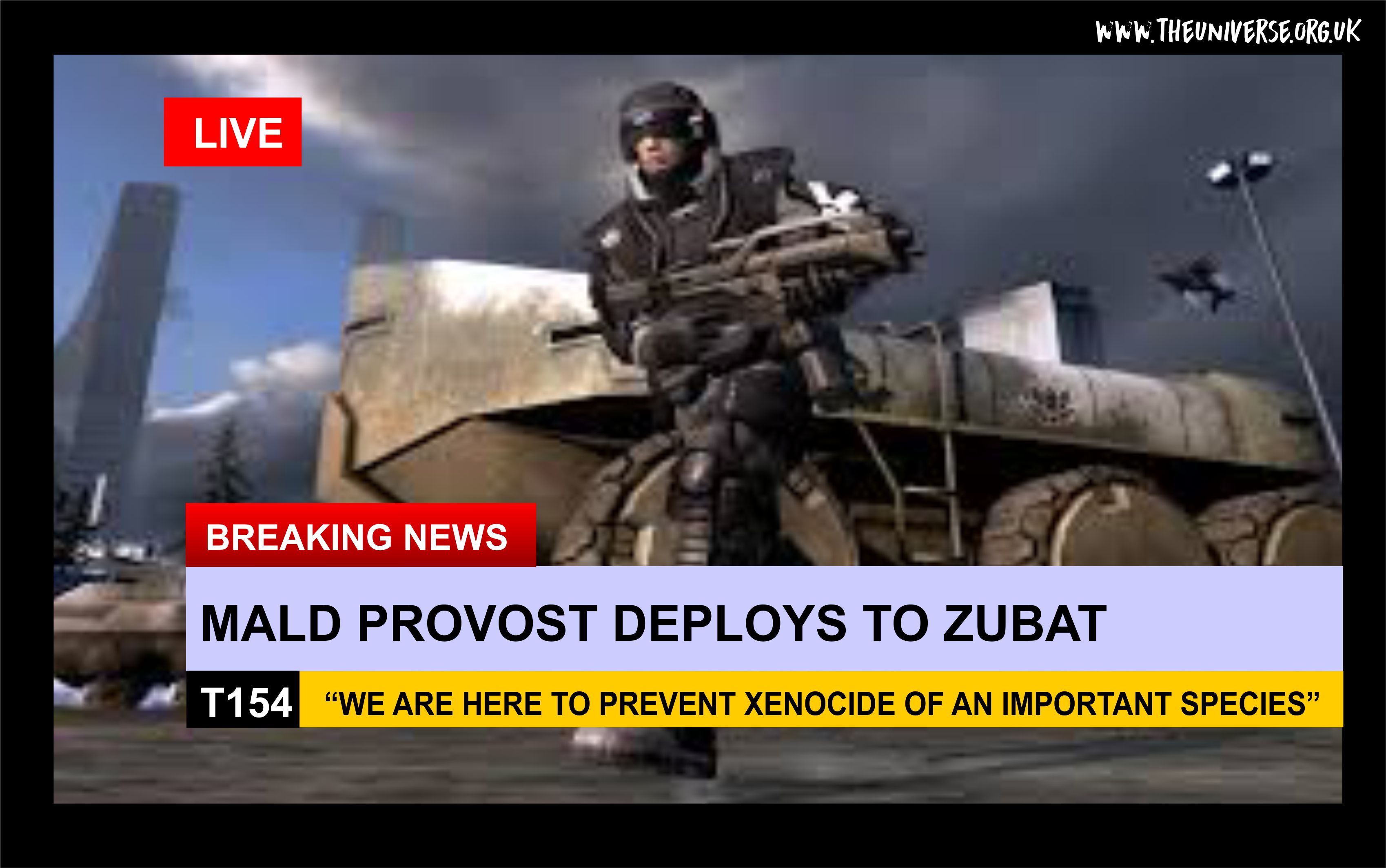