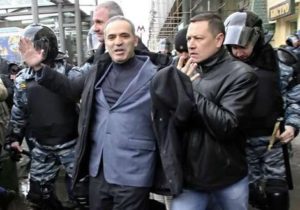 Councillor Akimori, the Supreme Councillor of Turkomen announced today a major reshuffle of her council following the arrest of 8 councillors on corruption charges, along with 64 other government employees in senior positions.  According to the charges all eight of them have been implicated in a major piracy operation, in which a network of front companies and unlicenced traders using ships with spoofed transponders have been operating under the noses of the StarGuard and the authorities of Turkomen Station with the collaboration and support of many senior figures.

Supreme Councillor Akimori said “… I am deeply shocked and saddened by the betrayal of these eight members of the council, people whom we had every right to trust and be able to rely on.  In my view, and the view of the law, they can be no penalty too harsh for those in high office who betray the trust of the people.  Live free or Die!”

The corruption ring was uncovered as a result of a series of lengthy covert investigations, rumoured to have been initiated by an investigative journalist (whose identity has been kept secret for personal safety reasons).

The newly-settled world of T441 in Quadrant 1 has been visited by elements of the Federated Worlds of the Outer Quadrants (FWOQ) Anti-Pirate Patrol Squadron, and the heavy cruiser ESS Aramis from the Earth’s 8th Colonial Fleet.  In a sudden surprise visit, they were able to detect, aquire and overwhelm a covert pirate base on the southern continent, and capture 6 illegal armed merchant ships before they were able to flee the system.

Admiral Xen of the Federal Star Fleet said “…and to extend our continued thanks to our Earth Allies in the ongoing struggle against pirates in Quadrant 1.  Operation No Mercy was a complete success and I would like to personally thank Captain Harcort of the Aramis for her support.  This is another example of the benefits of closer cooperation, and a message to all pirates in the Outer Quadrants.  We are coming for you.”. 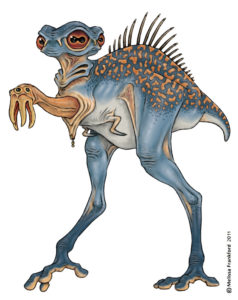 Reports are coming in of the arival of a huge armada of slower than light alien ships at the independent system of Beldon in Quadrant 3.  Concerned at the arrival of ships many kilometres long the local Federal Government of Beldon requested help from nearby polities, and the deployment of colonial fleets form Mars, New Venus and the GFA gave considerable reassurance to the locals.

However Beldon (pop 4.3 million) is about to be swamped by reportedly nearly 50 million alien being, fleeing some sort of terrible catastrophe.  Economically this might be a terrible blow to the colony.

President Perkins of Beldon said “…we hold out the fraternal hand of friendship to these lost and frightened creatures – we have little to offer apart from the unexplored wildernesses of the Western Continent – but they are welcome…”.

INN have been unable to get a clear statement of what it is these so-called ‘Beings’ are fleeing from but they have been travelling, in their version of cold sleep for thousands of years, so whatever it was that chased them, we missed it.

More than 79% of the land surface of Okus is now uninhabitable.  Invesigation teams from Wolf 359 and the Union of Xyon have declared the system as an ‘Interstellar Hazard Zone’ and have positioned beacons warning off visiting ships.  The Mars Star Navy have evacuated the few remaining colonists and the world is now unihabited, apart from whatever is happening on the surface.  INN have received runours that a joint special  investigation team from Earth, Mars and Wolf is being formed led by the famous Wolfer admiral and explorer Marshal Jovian Trevenna to try and determine the origins and extent of this phenomenon.  Speaking from the bridge of the HMS Paladin, Marshal Trevenna said “…this is damned interesting y’know, and I’m taking some of the biggest brains in Q7 with me to get to the bottom of this peculiar situation.  And rest assured, Wolf…er…and her allies, obviously… will keep humanity safe from whatever these flurblies are…”.

‘WE LOVE THE EMPIRE DAY’ DECLARED ON FREEDONIA Q1