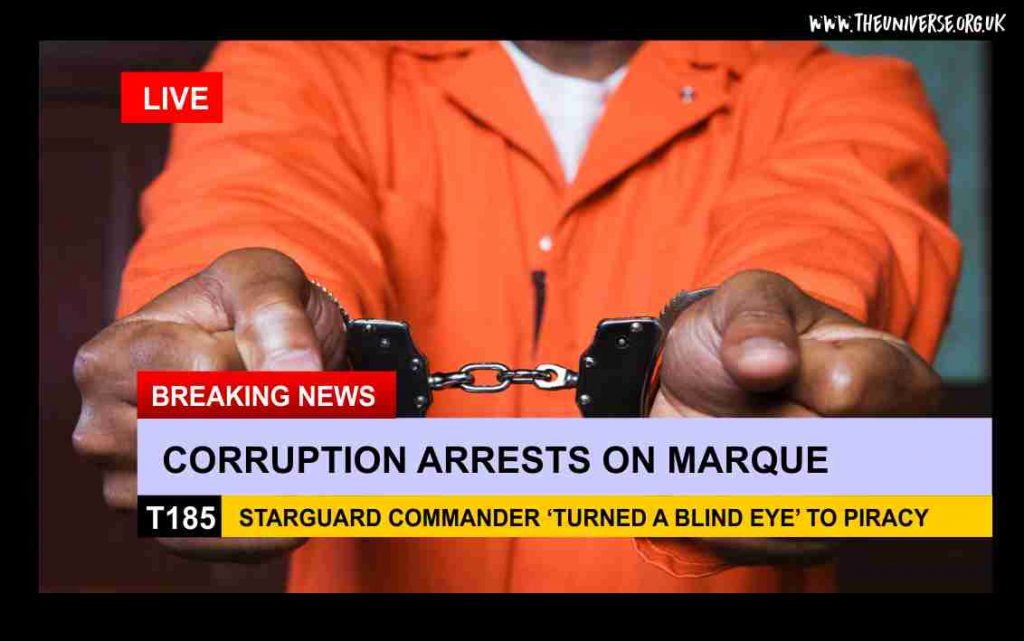 The commander of the Marque Starguard, Captain Rishi Johnson has been arrested on corruption charges having allegedly taken bribes to  allow a known pirate vessel, the so-called ‘Draconis Star’ to evade arrest in the Marque system. 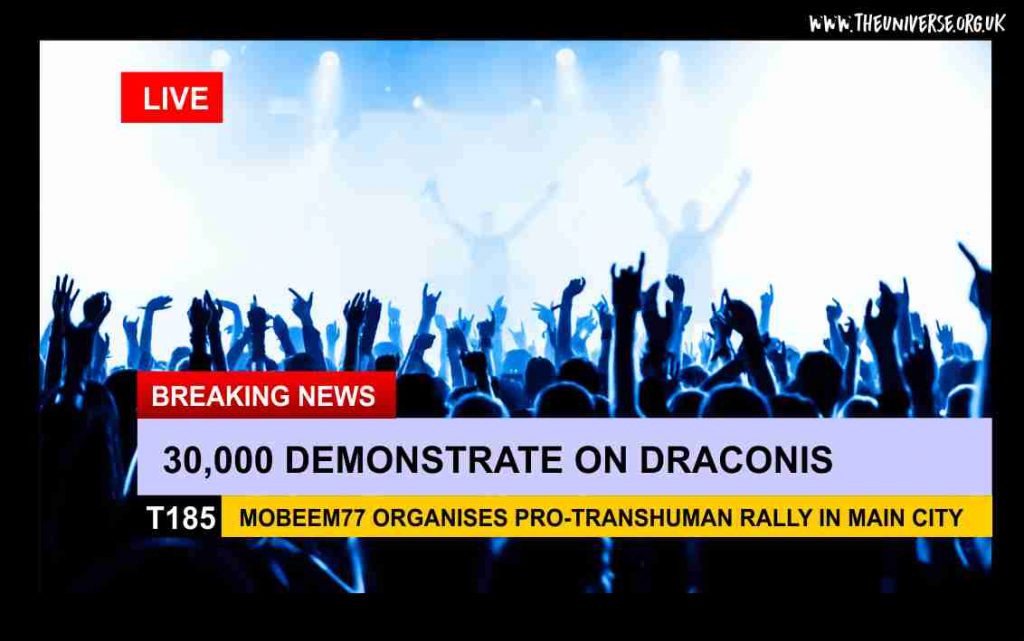 Violence followed a gathering of 30,000 transhumans in City One, the main city of Draconis (Q7).  After being addressed by the controversial Mullah, Mobeem77, some of the crowd went on to attack businesses owned by alleged ‘naturals’.  The city authorities deployed riot police and 64 arrests were made.  When asked for a statement, Mobeem77 said “We did nothing man – the nats started it!” 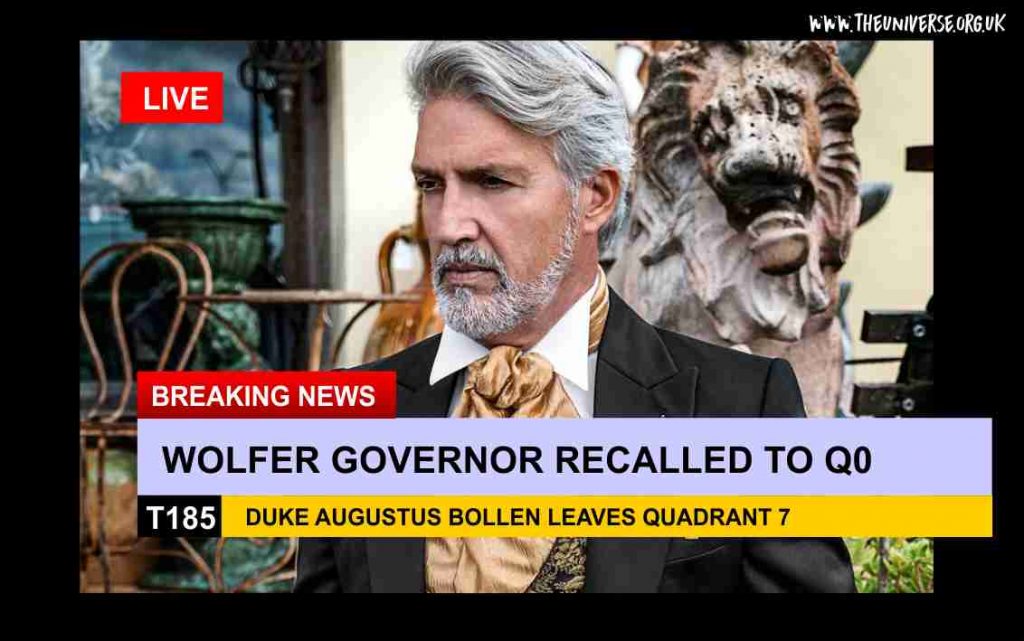 Duke Augustus Bollen has been unexpectedly recalled to Wolf359.  Commonwealth spokespersons are not commenting very much apart from suggesting that the move is some sort of ‘promotion’.  Observers are speculating that Bollen may be a victim of court intrigues back on Wolf.  A new Governor has not been announced, and the Deputy Governor will take over in the interim. 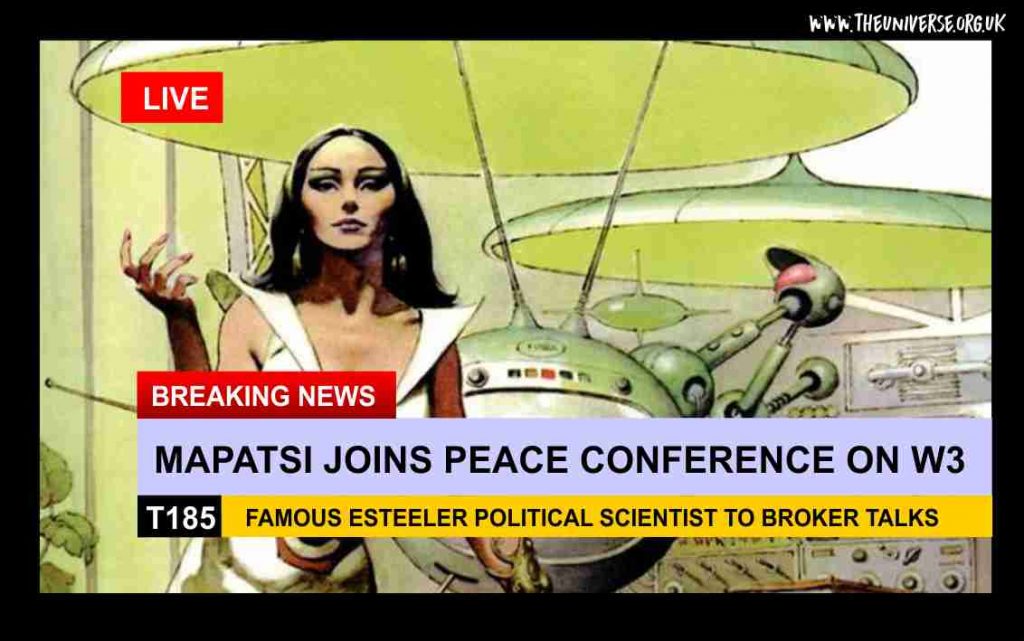 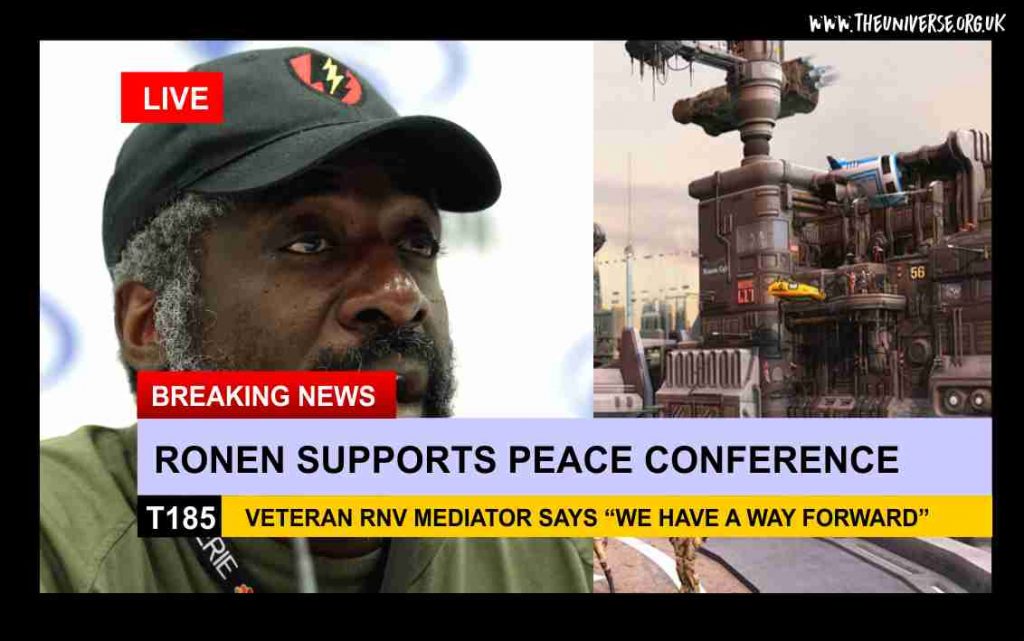 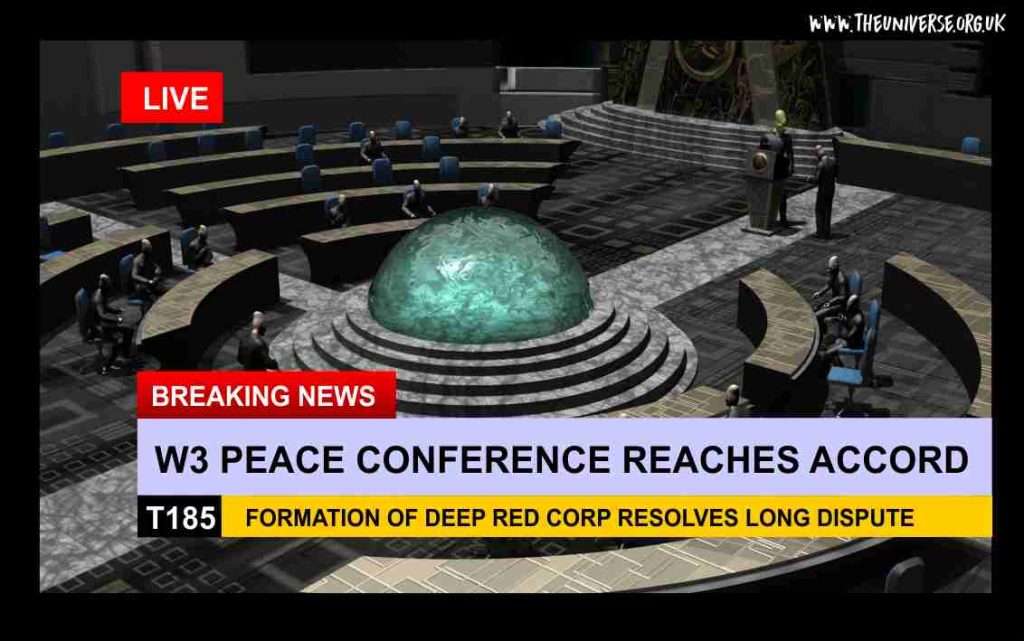 Following a peace conference brokered by the Greater Federation of Asteel, the Venerian Republic, the Sirius Socialist Republic and the Wolf359 Commonwealth agreement has been reached between the warring parties on W3.  Under this agreement all valuable minerals from the contested Interstitial Mountains are to be purchased by the newly-created Deep Red Corporation. 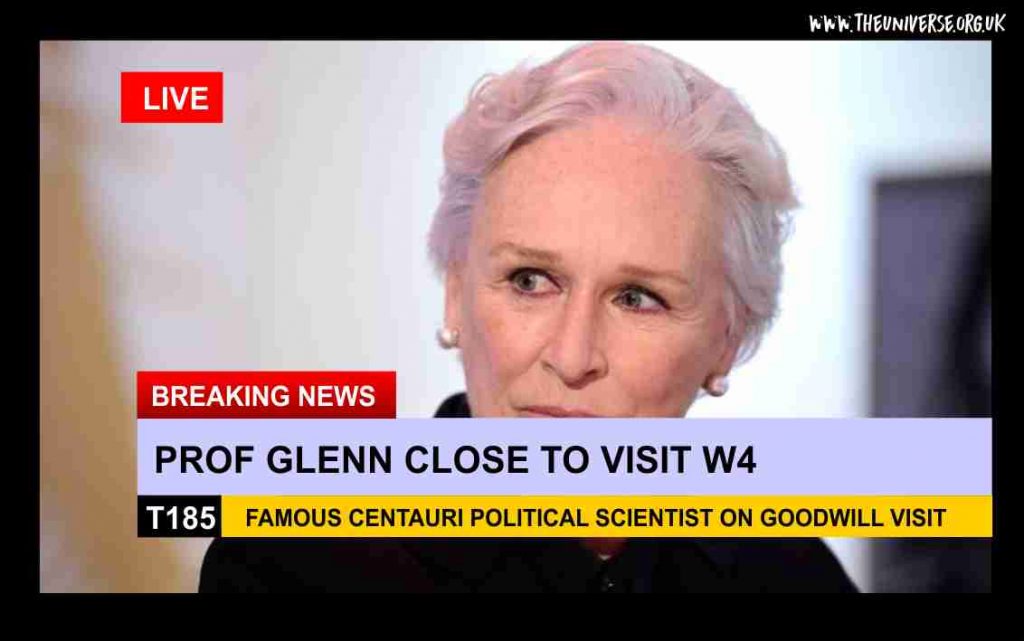 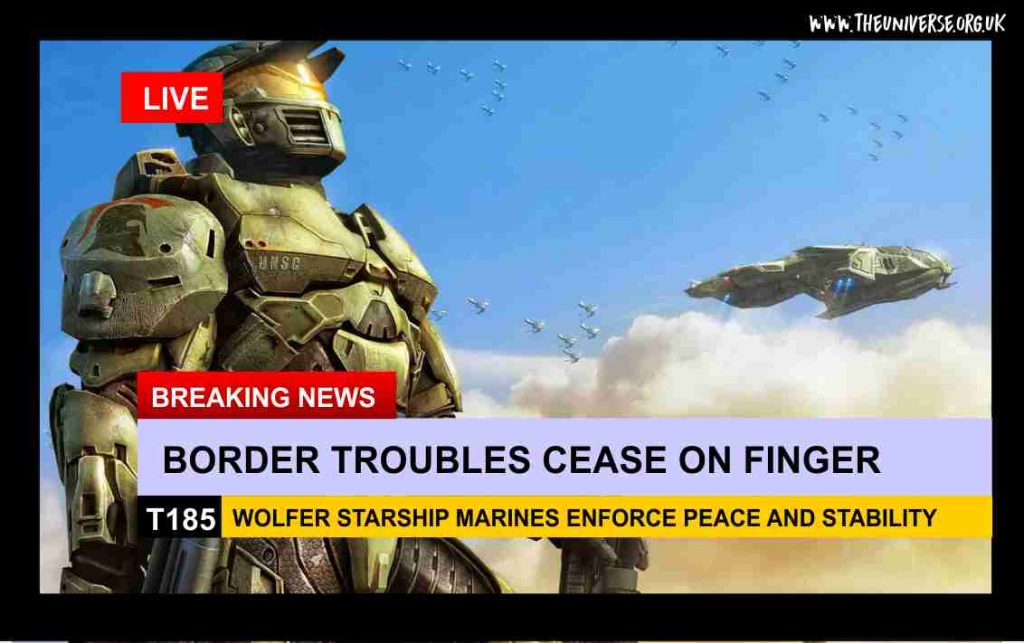