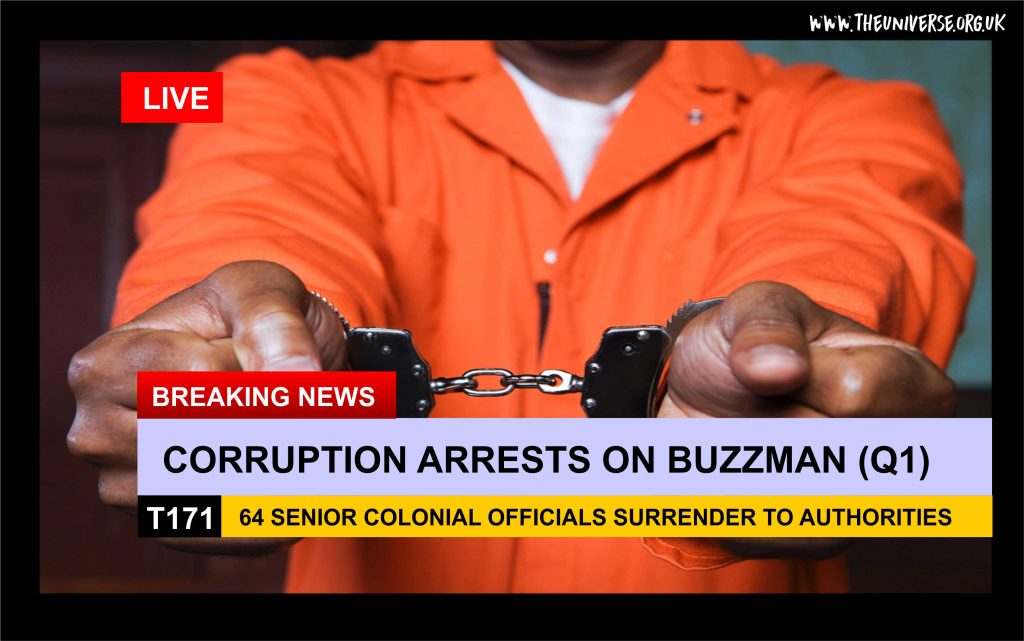 Sixty-four senior colonial officials have been arrested on Buzzman (Q1) after giving themselves up to the local COP offices, admitting to decades of bribery and corruption.  As one of them, the Deputy Secretary for Colonial Trade said “I am ashamed to say was seduced by the large sums offered by pirates and organised criminals.   I have realised that I could no longer look my family in the face and I stand ready to pay my debt to society.  Even though I have surrendered to justice, I do not deserve leniency” 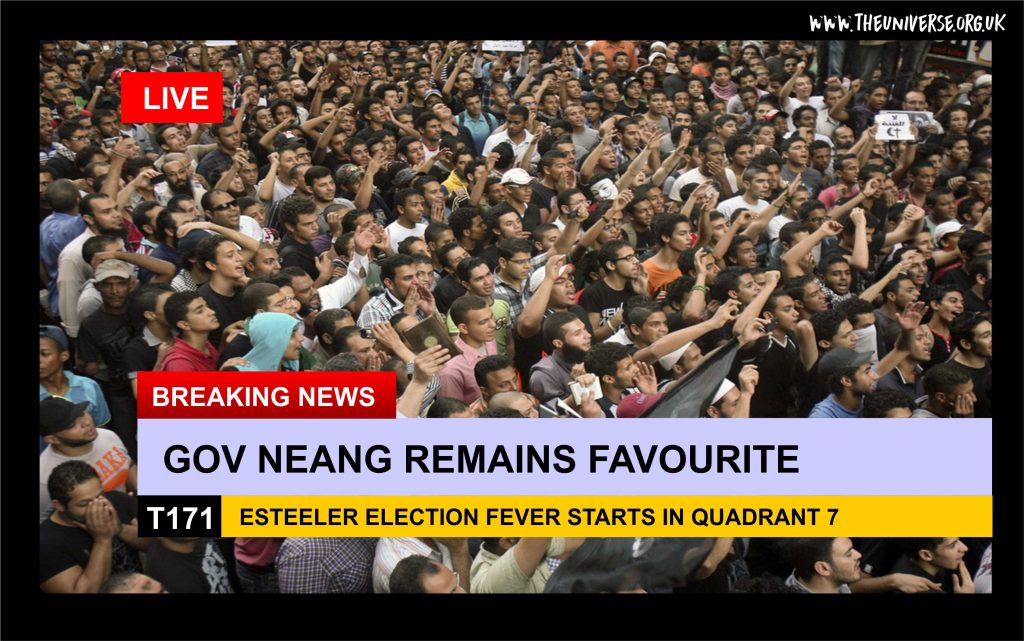 As the campaign opens across the outer quadrants, one thing seems certain – veteran campaigner Trin Neang (Reform Party) is the front runner for the Governership of Quadrant 7.  His nearest rival Senator Tee Morrison (Star Party) is trailing by some 25 points at the start of the campaign.  It would take an utter catastrophe for Neang to lose this one – though on the broader scale, despite success of the Reform Party in the Quadrant it remains unlikely that in the Homeworlds the Star Party and President Potato will lose the Presidency of the GFA. 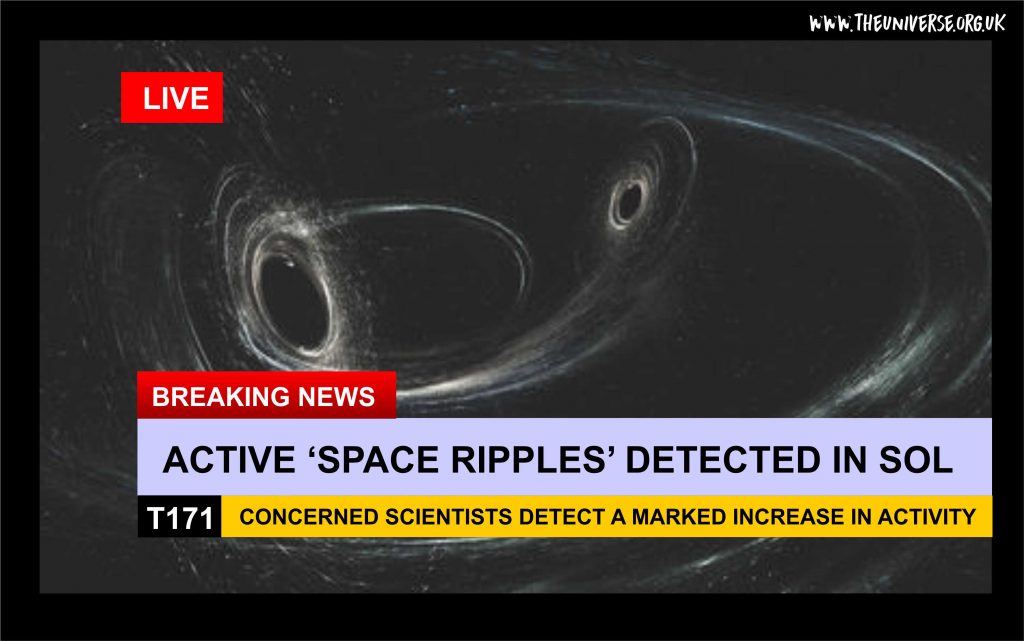 Although these ripples are very nearly undetectable and no hazard to shipping, scientists in the Solar System admit to being ‘mildly baffled’ at the changes in spacetime ripple activity.  However Professor Tatsu of the presigious University of Eros Astrophycis Faculty said in a press interview “Look, these are mainly interesting marginal phenomena.  Yes, I realise they aren’t really explainable within our current understanding of the nature of space-time, but their existence is more of a theoretical conundrum than a ‘spacetime tsunami’ as some of the more sensationalist media have been reporting.” 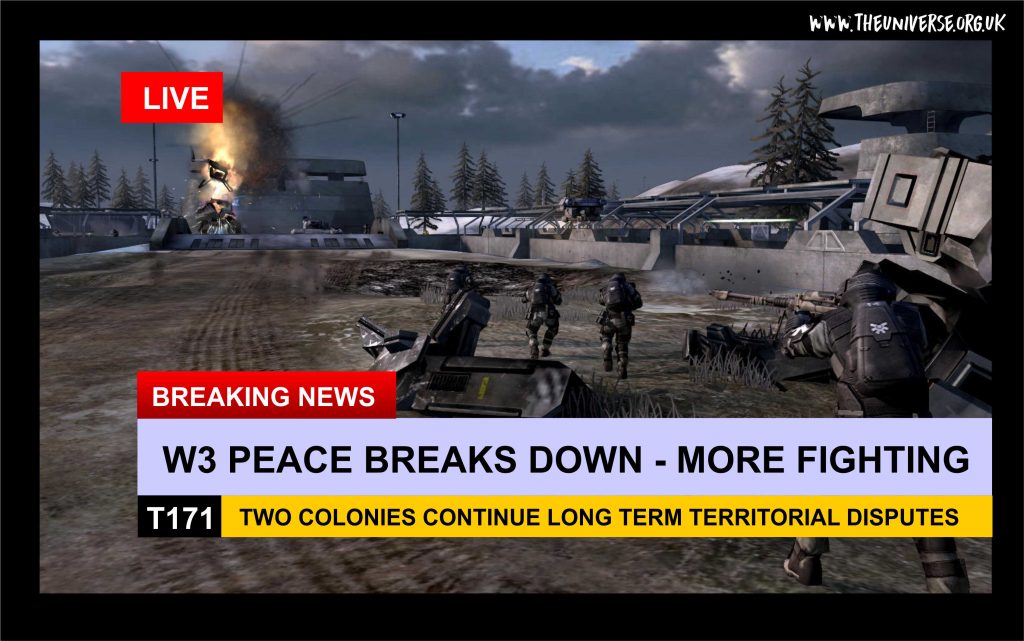 Tanks and artillery were heavily engaged once again in the border regions on W3 as minor border scuffles quickly escalated into artillery duels, air strikes and full-on combat.  The rhetoric on both sides appears to be mainly around revenge for past losses, lost ‘honour’ and general hatred for the other side. 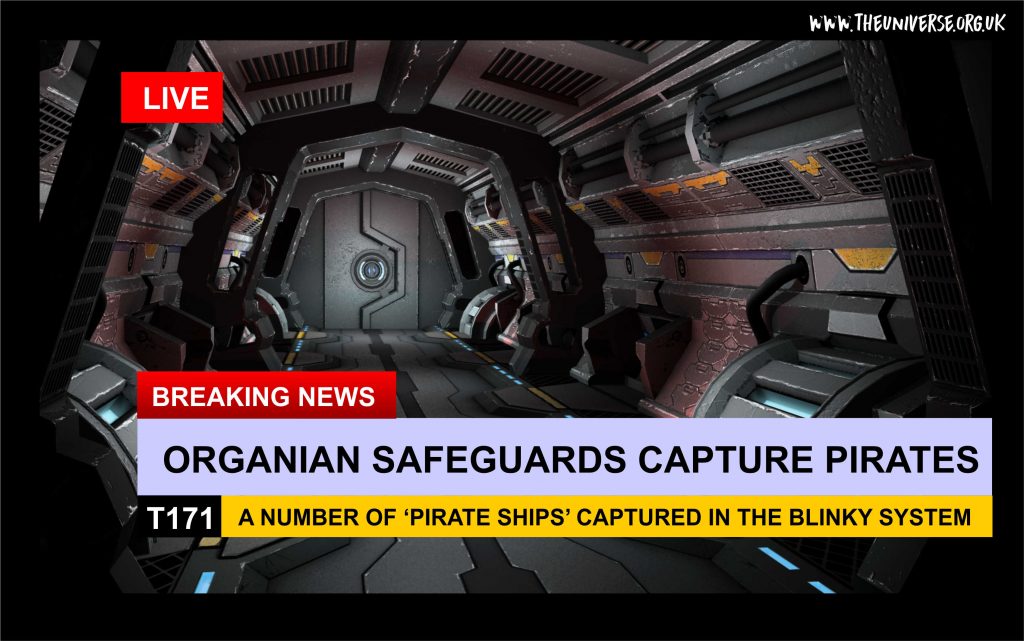 The Organian Safeguard Corps were in action against alleged ‘space pirates’ in the neighbouring Blinky System in Q4.  Following a number of boarding actions, several ships were captured and impounded while their crews have been returned to Organia for trial.  The Blinky Colonial Government have protested that Organia has no jurisdiction in the Blinky system, but it seems were unable to prevent or discourage the Safeguard Corps’ actions. 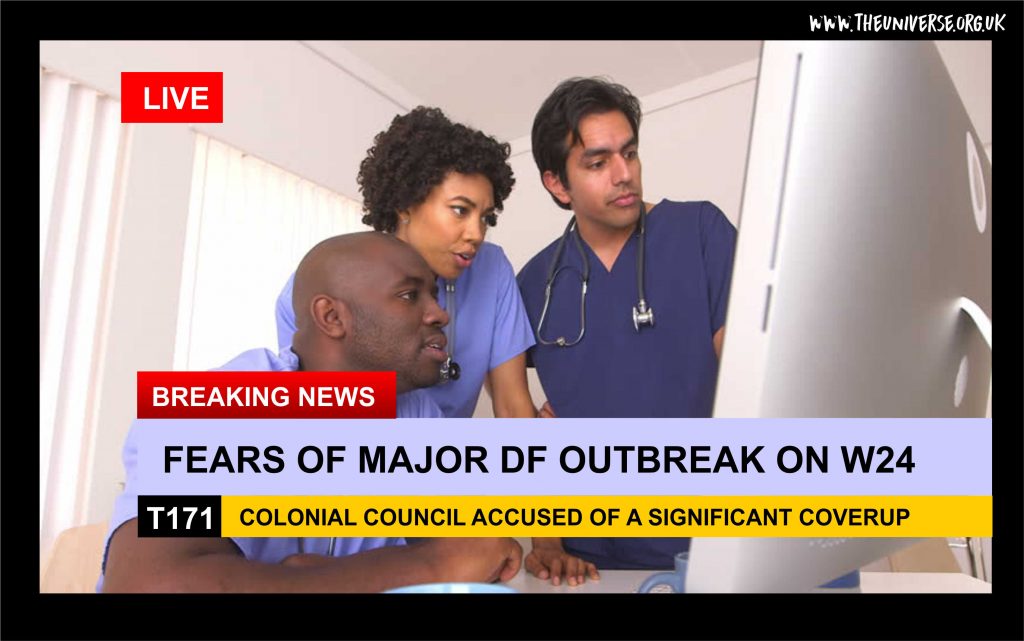 The Colonial Council of W24 have been playing down the incidence of DinoFlu in their system, insisting that they have ‘perfectly adequate’ quarentine to protect against what they call ‘Wolfer Flu’.  The chair of the Colonial council, Councillor Frank N Stearn said “We have the Best Quarantine.  Really Good.  And we’re open for Business, our vaccines are world-beating – super good.  So don’t listen to INN Fake News.”